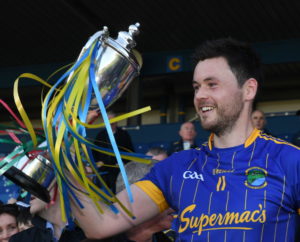 Donie Shine has confirmed his retirement from a glittering Gaelic football career for both club and county.

The Clann na nGael player was a key part of the all-conquering Roscommon minor football team that captured All-Ireland championship honours in 2006, before going on to win Connacht U-21 and senior medals with the Rossies in 2010.

Shine was Man of the Match in the provincial decider against Sligo in Castlebar, kicking 0-10, including the winning point.

At club level, he captained Clann na nGael to its 21st county title in 2018, having also played a leading role in the Fahey Cup triumph against Pádraig Pearses three years earlier — the club’s first since 1996.

He also won the club’s Player of the Year award five times. His last appearance for the club was in Clann’s narrow county semi-final defeat against Pearses in September when he came off the bench and almost single-handedly turned the match in his side’s favour.

In a statement this evening, Clann na nGael said that Shine had brought his illustrious playing career to an end “due to ongoing injury concerns”.

“Donie enjoyed a glittering playing career for both club and county. He was instrumental in the Roscommon minors claiming the All-Ireland title in 2006.

“Donie also won two Connacht titles and will always be remembered for his Man of the Match performance in the 2010 final against Sligo.

“Donie had some memorable performances in the Clann jersey, culminating with captaining the club to our 21st county title in 2018. Donie also won the club’s Player of the Year award a record five times, which speaks volumes of the excellence of his displays during his career.

“Donie was one of the greatest ever players to wear the Clann colours and everyone in Clann GAA wishes him the very best in the future,” read the statement. 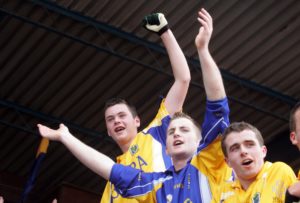