Legacy of Gerry O’Malley lives on 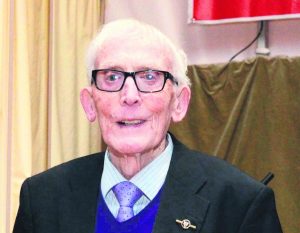 The late Gerry O’Malley was one of the greats of Roscommon GAA.

St. Brigid’s GAA Club has remembered the late Gerry O’Malley this week, five years after his passing on January 5th, 2016.

“Today is the fifth anniversary of one of the all-time greats, our own Gerry O’Malley,” the club tweeted earlier this week.

“A magnificent statue in his native Brideswell unveiled in 2017 is a fitting tribute to a true legend, one and off the field.

“Despite his many achievements on the pitch, Gerry O’Malley was always so proud of his niece, Chrissie, another legend. 52-year-old Chrissie has been playing for an incredible 35 years and is pictured here last September at the memorial statue, celebrating our Ladies’ IFC county final win,” the club added. 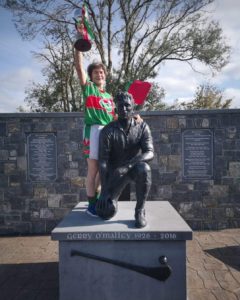 O’Malley’s intercounty career spanned three decades from 1947 to 1964, incorporating a 1962 All-Ireland final appearance against Kerry which lost Roscommon by 1-12 to 1-6 when he featured as a 33-year-old captain.

A groin injury picked up early in the game by O’Malley did not help his team as he was forced to withdraw.

He helped St. Brigid’s to win four county titles and trained the team when they won the Roscommon SFC in 1969.

O’Malley was also a great hurler who won county titles with Four Roads. He also hurled with Connacht and won an All-Ireland junior medal with Roscommon.