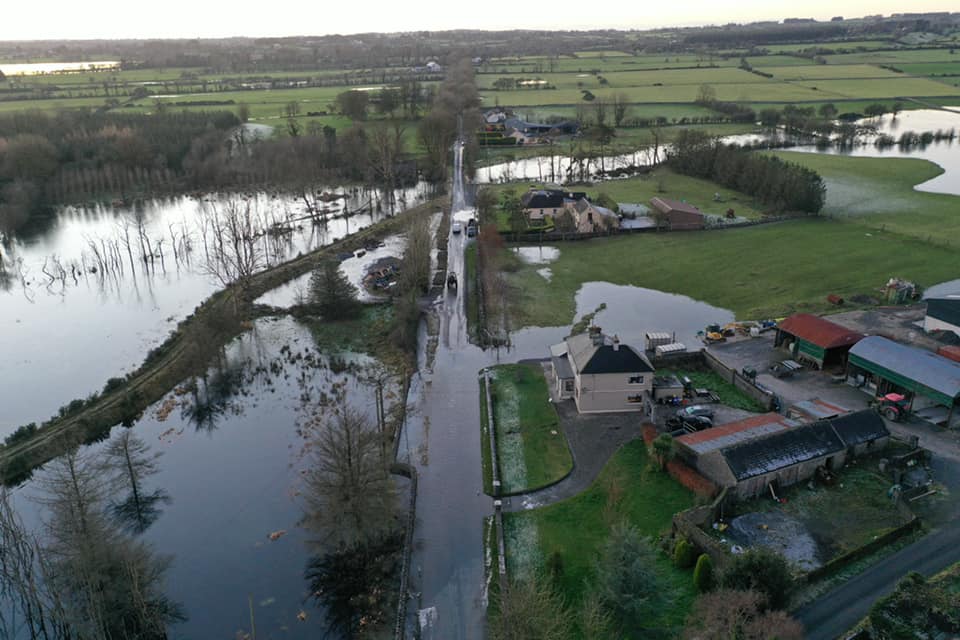 Residents around the South Roscommon lake, Lough Funshinagh, are warning that the area is being devastated by floodwaters. Where once the lough’s water level rose and fell, it is now persistently high, and many believe it is now a permanent lake, describing it as a former turlough.

The community has shared aerial footage from last Sunday of the “devastation”, saying the lake is engulfing a “full village, destroying homes, farmland, and farmyards”. It is also destroying the area’s environment and wildlife habitats.

“Despite rainfall similar to 2019, the lake is almost 6ft higher than in the same period last year. The local community fear the worst in the coming weeks and months as they face into the worst of the winter,” the Lough Funshinagh Flood Crisis page said

They say that authorities and government agencies have turned their backs on the issue.

The community living around Lough Funshinagh, which is a special area of conservation, has written to the environment minister seeking action to restore the lake to its former condition, Cllr Laurence Fallon told the Herald last week.

“It’s a disaster is the only way I can describe it,” said Cllr Fallon. “I examined the water levels today and they are five feet six inches, 1.75 metres, higher than this time last year. It’s frightening.

As well as the loss of good agricultural land, the lake’s ecosystem has been devastated by the persistent flooding.

“We spent, as farmers, the last 50 years being told that this was one of the greatest turloughs in Ireland because of its rare species of plants,” Cllr Fallon said.

“People fully supported that and were happy to protect those species. But now the turlough has become a (permanent) lake and in so doing it has destroyed these rare species. If we had done that as farmers we would have been pilloried and penalised, yet those charged with protecting the plants and wildlife on behalf of the state and the EU, have now decided it doesn’t matter what happens to these species.”