Donnellan to team up with Glaveys 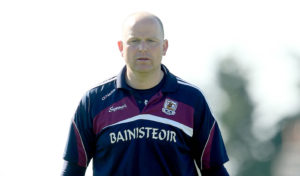 The All-Ireland winner with the Tribesmen from 2001 will team up with former Glaveys player Eugene Coggins who will be manager of the Ballinlough-based side this season.

The Dunmore native, who has also managed Western Gaels, will train the team.

Michael Glaveys reached the quarter-finals of last year’s senior football championship where they were beaten by eventual champions St. Brigid’s.