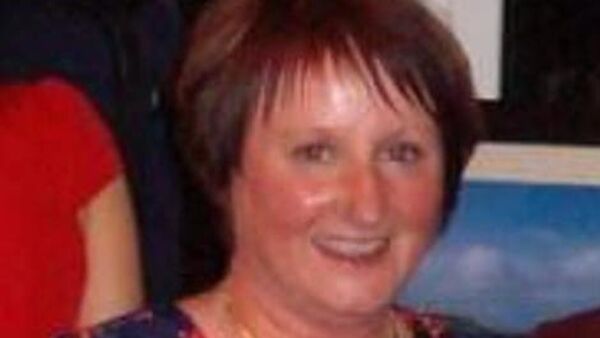 Residents of a small village watched in horror as a popular local nurse who died of Covid-19 was taken away by hearse, just as an ambulance arrived to take her husband to hospital.

Popular nurse Bernie McAndrew and her husband Ian, from Belmullet in Co Mayo, both contracted the coronavirus last week, the Irish Examiner is reporting

Mrs McAndrew tragically passed away on Sunday, with a hearse taking her body from the family home just as an ambulance arrived to rush her husband to hospital.

Locals in the areas were said to be “stunned” by the death, as the village struggles with a rampant Covid-19 infection rate.

Tributes have poured in for the “kind” and “compassionate” local woman.

Local Fine Gael councillor Gerry Coyle described her as: “An absolute lady. A friend to everyone.”

“She was a nurse all her life. But she wasn’t just a speaker, but a listener as well,” he said.

“She’d never push past people and ignore anybody along her way of life.

“The way it was with Bernie, she’d pull up for a chat. If you were the richest man in the area or the smallest farmer, she’d have the same craic with both. She always shared her time.

“There’s one thing being a nurse and speaking, but she had the ability to listen.

“She had the ability to listen to people and understood their problems as a nurse and as a friend.”

He added: “It was so sad with her friends the last day, looking in the window. It was frightening.”

Mr Coyle said he has been in regular contact with husband Ian, who is isolating in hospital and unable to have visitors.

“I text him every day. He’s just trying to stay strong. Sure what can he do? Only sit it out,” he said.

Ian is very active in the local community and is a passionate Irish speaker and member of Udaras na Gaeltachta.

Bernie’s death has come as a major blow to the village, as it grapples with one of the highest Covid-19 incidences in the country.

‘It’s getting out of hand’

Last week, Government data showed that one in every 50 people in Belmullet had contracted the virus, giving it the highest 14-day-incidence rate in the State.

Mr Coyle said the village has been struggling to cope with the pressure of the pandemic.

“You couldn’t even go into Ian the last day, no-one could go in. I would never wish it on anyone.”

He said that many people in Belmullet were contracting Covid-19 with no idea how they got it.

Mr Coyle said: “The saddest thing that I’ve seen – some people that were so careful, have it. They don’t know how in the name of God they got it.”

The councillor, who has been delivering items to people in self-isolation, said there is a real sense of despair in the town.

He said: “I was going around the houses, dropping stuff off, and there’s people looking out the window at you, crying. It’s savage.”

He told the PA News Agency: “Everyone thought the world of her really. I know her husband Ian well, and my heart goes out to him. He’s sick in hospital at the moment which is very, very difficult.”

Bernie was a keen golfer and was the most recent Lady Captain at Belmullet Golf Club.

“Always kind and made time to speak to everyone. Especially after leaving her nursing career, she was very compassionate and very good.

“Everyone knew her. She was friendly and outgoing to everyone. She had time to chat with everyone whenever she met people. It’s devastating news for the whole area.”

He added: “Once it broke that she had died, that put a cloud over the whole area. That was the sad news that broke. Everyone was just so sorry to hear about it.”