A collective responsibility for one of darkest periods in Irish history, says Senator Murphy 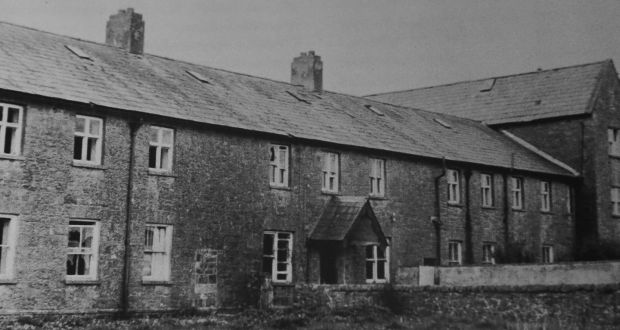 The Tuam mother and baby home in Galway.

Fianna Fáil Senator Eugene Murphy said that the Church, State, and society were collectively responsible for the “deplorable” treatment of former residents of mother and baby homes, saying it was one of the darkest periods in Irish history.

“Today is a landmark moment in Irish history and one which we must never forget because it shines a light on what was one of the most horrible and darkest periods of Irish history. These women and children were treated like second class citizens and they will bear the scars of their tortured past for the rest of their lives- it was shocking and heart-breaking to hear that more than 9,000 babies died in these institutions.

“I believe there is a collective responsibility from the Church, State and Society for the abhorrent treatment of these Irish mothers and babies. We must remember this didn’t happen hundreds of years ago, it was going on in the 1970s and 1980’s and one of these institutions didn’t close until 1998 which is not very long ago.

“Growing up in the 1970s and 80s there were plenty of protests about other issues and I attended many political meetings during those decades and yet we never heard anything about the abhorrent treatment of Irish mothers and babies- it was all brushed away out of sight in a culture of shame and secrecy,” said Senator Murphy.

The Fianna Fáil Senator welcomed the apology by An Taoiseach Michéal Martin and he hoped that it would give some small sense of comfort and solace to the many survivors of these institutions. Senator Murphy went on to say that there had been so much talk, but the survivors of the mother and baby homes needed action now.

“There has been talk about memorial gardens and enhanced medical cards etc, but I feel that falls well short of what is needed. The survivors of these institutions must be given access to their personal records without GDPR excuses being used. I welcome the fact that the Children’s Minister Roderic O’Gorman said it is ‘essential’ that legislation is brought forward on information and tracing following the publication of the report.

“However, I understand that scrutiny on the new laws will only begin towards the end of the year- we need this to be fast tracked- this legislation must be brought in as soon as possible- it is the very least that the survivors deserve,” concluded Senator Murphy.

Senator Murphy also paid tribute to the historian Catherine Corless for her sterling work in highlighting the case of the mother and baby home in Tuam, County Galway, and her advocacy work for survivors.