Gardaí seize €102,000 worth of suspected cocaine and cannabis herb 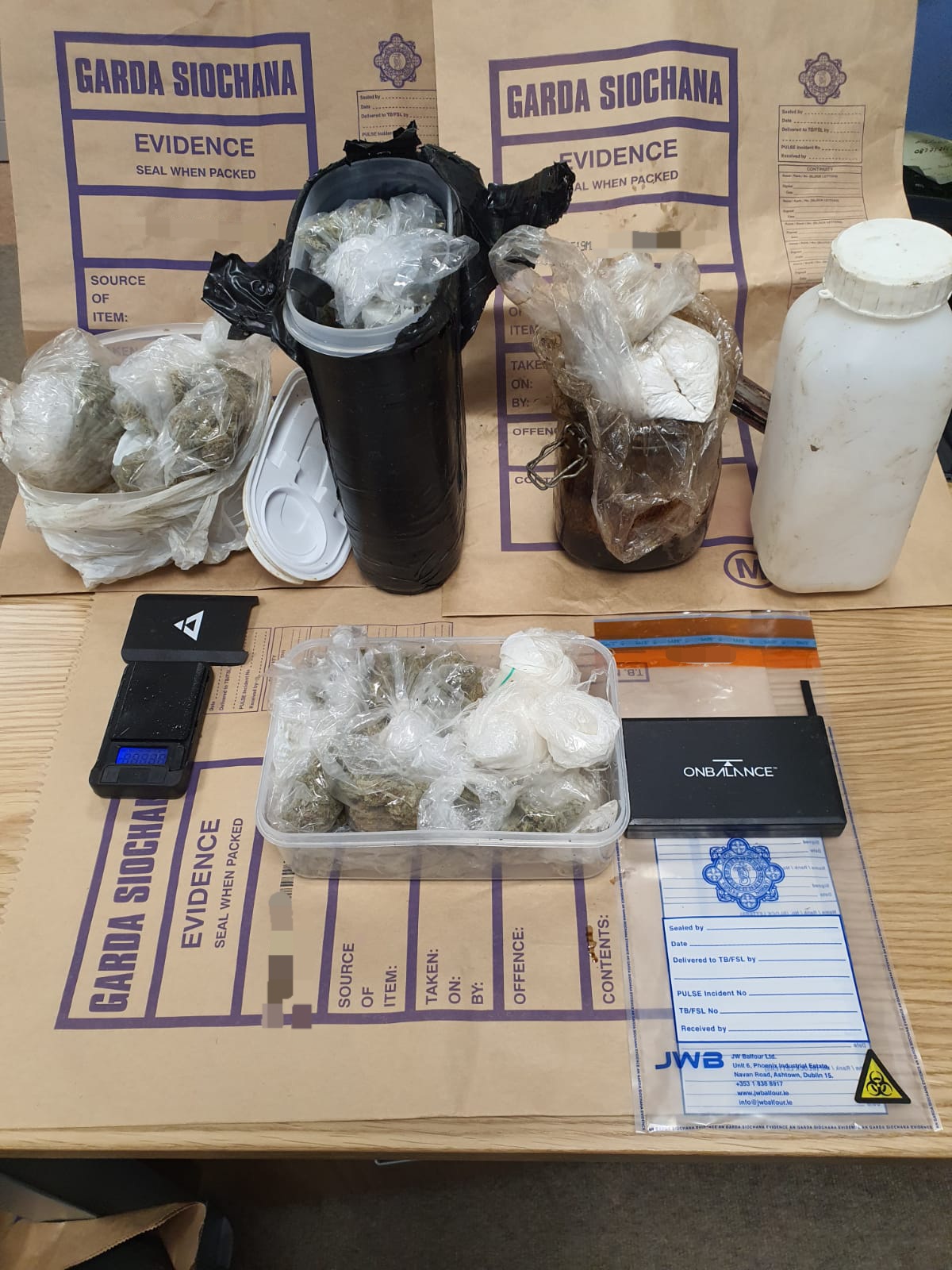 Gardaí have seized more than €102,000 worth of suspected cocaine, and cannabis herb following the search of two properties in the west yesterday evening, January 12th.

As part of an intelligence-led operation targeting the sale and supply of illegal drugs Gardaí attached to the Mayo Divisional Drugs Unit carried out searches of two premises in Ballina shortly before 5 p.m. on Tuesday.   During the course of the search of a derelict property in Ballina, Gardaí seized suspected cocaine valued at €70,000 and suspected cannabis herb valued at €20,000.

During the second search, which was at a house, Gardaí seized suspected cocaine with a value of €9,500 and cannabis valued at €2,700.   All drugs seized will be sent for analysis to Forensic Science Ireland.   Various other items consistent with the sale and supply of drugs were also seized including a vacuum packer and weighing scales.   No arrests have been made to date.