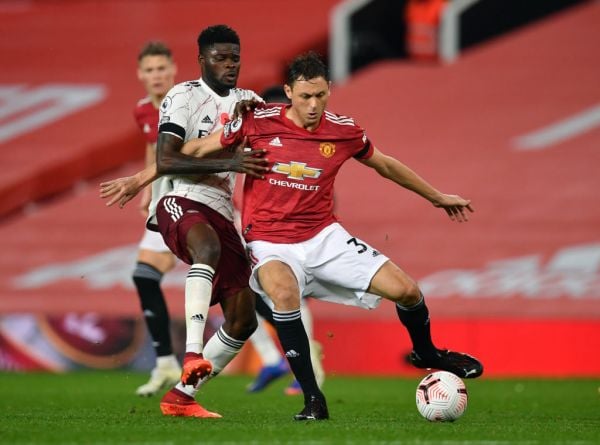 United had to dig deep, remain patient and regain their composure after frustration threatened to bubble over at the end of the first half to win at Turf Moor, where they went top at this stage of the season for the first time since Sir Alex Ferguson’s victorious farewell 2012-13 season.

“I think that this kind of win shows that we are ready to compete for (the) title,” Matic, a two-time Premier League winner during his time at Chelsea, said.

“Sometimes (in the past) we looked like a team who wants to score as soon as possible, then we get panicked.

“I think today we showed more maturity, we showed that we are more clever and on this pitch here, in this stadium against Burnley, it’s always hard to win the games.

“Not to concede a goal from the long balls, set-pieces, so we prepared the game well and I think that we deserved these three points.

“In our team we have lots of quality and in these kind of games you have to use that.

“You have to be patient, not to panic, because when you have that much quality during 90 minutes one situation will decide (the game) and it was exactly what we did today.

“I’m happy. I’m happy for the team, for the team performance, for our team spirit and let’s see Sunday against Liverpool.

“It’s the biggest derby in England. We go there to compete with them, to see where we are (against) one of the best teams in the league, so I think that we are ready.”

United head to Anfield on Sunday boasting a three-point cushion over their nearest rivals – a far cry from the 30-point gap that Klopp’s men opened up over the Red Devils when they last met in January 2020.

Solskjaer has understandably downplayed the importance of going top at this stage, but Matic believes they deserve to be top of the pile.

“We played 17 games, we are top of the table, so that shows something,” he said.

“We didn’t play five or six games and you’re top, then you can say ‘maybe it’s lucky’.

“But after 17 games definitely it’s not lucky. Definitely there is a quality.

“But we can’t relax. We have to be concentrated until the end – to go game by game.

Matic was among United’s best performers at Burnley but Pogba was the star man, capping a fine display with his match-winning volley.

“I think that Paul in the last couple of games he showed a maturity,” the Serbian midfielder told MUTV. “He shows exactly the way how he needs to play.

“If he continues to play in this way, he will… he is one of the best midfielders in the world but on the pitch he will show exactly what’s his potential and that he can be the leader.

“I’m happy for him and, yeah, he needs to use what he has in legs, in his head.

“I don’t want to say much more about him. I don’t want him to feel too much big (headed)!

“But he is fantastic and, as I said, like everyone else needs to go game by game. The next one is the most important.”

“I know the result is disappointing, but as a group we are in a good place,” the defender said after Tuesday’s loss to United.

“West Ham have had a good season so far, so it’s a real tough test for us again but we are in a good place with plenty of bodies coming back so we’ll look forward to it.”

Novak Djokovic: I have a duty to speak up for my fellow players