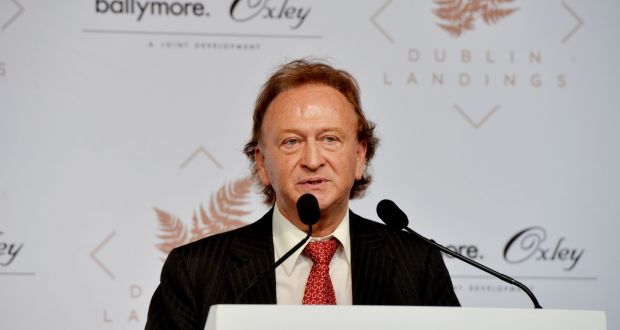 A Roscommon developer has got the green light to build offices and homes at a key site in a project likely to create more than 1,000 jobs.

Ballymore, led by Sean Mulryan, confirmed today that Dublin City Council has given the group permission to build three blocks that will house offices, shops, homes and a hotel, next to Connolly rail station in the capital.

The Irish Times is reporting that the company said the commercial element of the complex will cover 42,670 square metres and will include two office blocks along with a 246-bedroom hotel. Heights will range from nine to 13 storeys.

Ballymore’s plans are for a 80,000 square metre development overall, including homes, the offices and hotel, restaurants, bars, shops and other amenities.

Ballymore estimated on Wednesday that the project would create a total of more than 1,000 building jobs over five years. It said that would include apprenticeship and training opportunities at all levels.

Founded by Mr Mulryan and his wife, Bernardine, in 1982, Ballymore is involved in several projects in Dublin.