Having dipped his toe into the world of coaching in 2020, 2017 footballer of the year Andy Moran will be part of a joint management team in his home club of Ballaghaderreen alongside club colleague Mark Solan.

The duo will take over from Paul McHugh, who completed his fourth year in charge of the Mayo-Roscommon border club in 2020, having guided them to the 2019 final and fallen narrowly short against Ballintubber. Moran and Solan soldiered together on the field for Ballaghaderreen for several years, winning championship medals in 2008 and 2012, and in 2020 Moran joined Solan on the management team of the Mayo U-20 side. 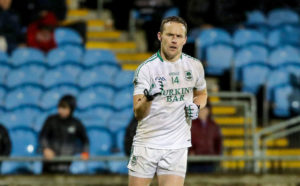 Maurice Sheridan has taken over from Solan at the helm of the Mayo U-20’s, with St. Brigid’s club man Kieran Kilkenny also part of the management ticket.

Elsewhere around Roscommon’s frontier, two Eastern Harps men could clash in the Sligo championship this year. Former Sligo defender Ross Donovan will take charge of his native club in 2021, while Kevin Johnson, having stepped away after a very successful stint with Ballintubber in Mayo, is taking over county champions Tourlestrane.

The Westmeath senior championship will have a strong western province with Liam McHale continuing at the helm of 2020 semi-finalists Athlone, Castlerea’s David Scahill once again in charge of Shandonagh, and Shane Curran taking over at Caulry, having won a Senior “B” championship with Durrow of Offaly in 2020. There will be no return for Frankie Dolan at Rosemount however, as former Westmeath underage manager Ian Bradley replaces the St. Brigid’s man there.

Here in Roscommon, the full lineup of senior managers had been confirmed but there is to be a change at Fuerty, where a trio of local men will attempt to guide the men in black back to senior football at the first attempt.

Stephen Glennon, Padraic Cuddy and Luke Byrne will oversee things at Mulhern Park. Glennon, an Athleague native, has managed with a variety of teams across all codes, including the Galway senior ladies, and he’ll be joined by Byrne, a former club goalkeeper, and Cuddy, who represented Roscommon in both minor football and senior hurling.