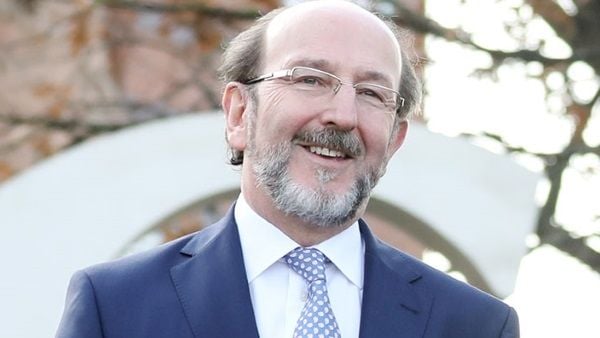 The head of the Government’s vaccination task force has acknowledged that it may have to adjust its roll-out plan because of a decision by manufacturer Pfizer to reduce deliveries in Europe as it scales up its plant in Belgium.

Professor Brian MacCraith told RTÉ radio’s News at One that the task force’s implementation model had been built around the amount of product available.

However, he said he had “a high degree of confidence” about deliveries, but was awaiting more details from Pfizer so that he could be more precise.

“I’ve always said that the implementation plan had to be agile. We will wait and see. It is difficult to predict. We will adjust accordingly.”

First and second dose of vaccine

When asked about the decision to extend the number of days between the first and second dose of the vaccine from 21 days to 28 days, Prof MacCraith said that decision had come from the National Immunisation Advisory Committee and was based on information from Pfizer. Some countries had extended that period up to 12 weeks he pointed out.

Pilot mass vaccination centres will be set up this weekend in Dublin, Galway and Portlaoise to support the GP community, he said. Advance planning on the remaining 12 centres was ongoing, he said with discussions taking place with local authorities.

Prof Mac Craith said that vaccinators will have to undertake a two to three hours online training course which was specific to the Covid-19 vaccine. At the peak of the vaccination programme between 2,500 and 3,000 vaccinators will be required, he said. At present over 4,000 have completed their training.

Among the vaccinators will be GPs, pharmacists and cohorts of retired GPs, while a number of hospitals had offered weekend and evening clinics.

Prof MacCraith also defended the pace of the roll-out of the vaccination programme. He hoped that data now being supplied by the HSE on its dashboard would “put to bed” any concerns. The fact that Ireland was now second highest in Europe was significant and a real tribute to the frontline workers who had been working day and night to get it right.

The 97 per cent take up in some hospitals was also impressive, he said. Comparisons with Northern Ireland were not fair as their campaign has started three weeks earlier. The rate per week of vaccinations was actually higher in the Republic, he said.

There would be a significant step up in the public information campaign with more segmented data so the public would be informed.