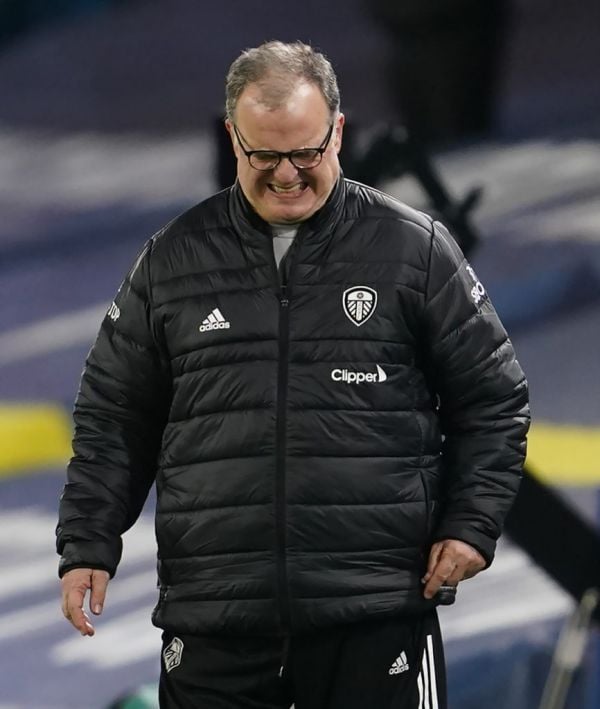 Marcelo Bielsa admitted Leeds’ dip in form was giving him cause for concern after their 1-0 home Premier League defeat to Brighton.

Neal Maupay turned home the game’s only goal in the 17th minute to clinch a first league win since November for the Seagulls.

Leeds slipped to a third straight defeat in all competitions for the first time in 12 months under Bielsa and have yet to register a goal this year after struggling again to create chances.

“I link that to the last two games, not the game against Tottenham, but this causes me worry,” Bielsa said.

Leeds mustered little in front of goal. Patrick Bamford completely missed Raphinha’s low first-half cross six yards out and Jack Harrison fired narrowly wide at the start of the second period. Otherwise there was little else.

Bielsa’s side failed to retain possession in Brighton’s half due to repeated misplaced passes on a heavy Elland Road pitch.

“I don’t want to link the performance or the defeat to the state of the pitch,” Bielsa added. “I think we could have got a better result anyhow.

“We defended below our capabilities, below our usual level. We only managed to recover the ball close to our own goal.

“When we lost the ball the adaptations took us to the edge of our own area to recover the ball.

“And we attacked below our usual capabilities. We didn’t attack well and we didn’t defend well. We didn’t play well.”

The Seagulls rounded off a testing week. They lost 1-0 at Manchester City in midweek after playing extra time in their FA Cup penalty shoot-out win at Newport last Sunday.

“I’m very proud of the players,” boss Graham Potter said. “It was a tremendous effort after a really tough and good week.

“We played 120 minutes at Newport on a difficult pitch, long trip, to recover from that and then play Manchester City on Wednesday.

“Then to come here against a Leeds team which is quite fresh, has got the physicality they have and attacking intent and to keep a clean sheet and restrict them to not many chances and score a good goal, I couldn’t be happier for the players.

“They’ve been fantastic. Great character, great personality and their quality as well.”