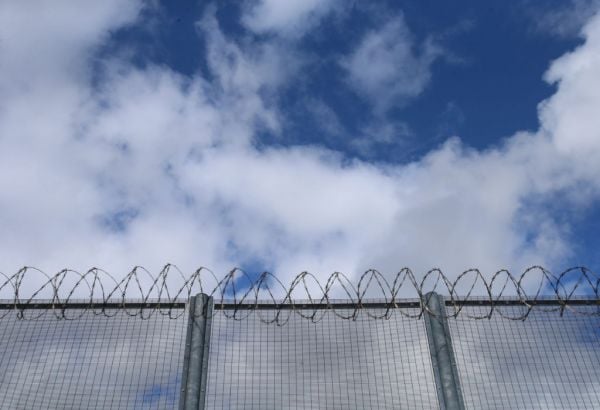 The pandemic has exposed failings in Ireland’s prison service, including overrun capacity and a lack of access to technology for prisoners, a report has found.

Covid-19 measures were introduced in Irish prisons last year to prevent the spread of the virus, including a reduction in prisoner numbers and cell-sharing.

The Irish Penal Reform Trust (IPRT) said that addressing the overcrowding in prisons in a short period of time was an “extraordinary achievement”.

Before the outbreak of the pandemic, 75 prisoners were sleeping on mattresses on the floor because of a lack of space.

A report carried out by the IPRT found that coronavirus measures improved some standards within prisons.

The report – Progress in the Penal System: Assessing progress during a pandemic – is the fourth annual review of standards in Irish prisons.

It found that the Covid response revealed that the majority of closed prisons across the State were “overcrowded and unsafe”.

Trying to capture penal reform in 2020 has been like trying to catch a fast-flowing river with your hands – but @IPRT team has done it! I’ve never met a more hard-working bunch of people. Thank you! @MartynMichelle @PamDrumgoole @lorrainetwhitty @mmjjoyce @LynFallon #PIPS2020 pic.twitter.com/gFokXHeUOq

At the outset of Covid-19, there were more than 4,200 prisoners in custody in Ireland.

Following the outbreak of the pandemic, the Irish Prison Service and the Department of Justice reduced the prison population by 10% to 3,807.

Executive director of the IPRT, Fiona Ni Chinneide, said the physical improvements in the prison system are at risk of being reversed.

“We definitely don’t want to see a return to that when the courts return and deal with the backlog in cases,” she told PA news agency.

“There were sometimes two prisoners sleeping on beds and one on the floor.

“We don’t want to see a return to the high number of people who are committed to prison for very short sentences.

“Over three quarters of sentence committals in 2019 were for sentences of 12 months or less.

“This is the clearest demonstration of the over-reliance on prison as a response.”

She said an increasing number of prisoners’ families have contacted the charity about concerns for their loved ones in prison, particularly around isolation, mental health and welfare issues.

“(Prisoners) are confident they are protected against Covid-19 but the lack of in-person visits have been very difficult for families, particularly children,” Ms Ni Chinneide added.

“Covid-19 has exposed all the issues across the penal system, including running over-capacity and the lack of access to technology.

“Video calls were introduced but we would like to see every prisoner have a tablet so they can continue on with their remote education.

“The vast majority of people who were released were serving sentences of 12 months or less, and the fact they could be released into the community does beg the question: why were they in prison in the first place and not serving community service orders?”

She also said that a reduced prison population saw a near-end to prisoners sleeping on mattresses on floors and a move towards single-cell occupancy.

“The Covid response demonstrates that the majority of closed prisons across the State were overcrowded and unsafe in the first instance. It also suggests that prison was not a necessary sanction for all of those imprisoned before the pandemic hit.”

The IPRT report also welcomed the introduction of video calls and in-cell phone provisions to enable prisoners to speak to their families.

Ms Ni Chinneide said the changes are at risk of being reversed as the courts prepare to clear the backlog of cases.

“Furthermore, in recent years, the number of those held on remand in our prisons is rising at a concerning level. Imprisonment is not the only sentence option in the criminal justice system,” Ms Ni Chinneide added.

“It should not act as shelter for people charged with low level offences. It should not be a waiting room for those who need treatment in our Central Mental Hospital.

“Covid has offered us a brown-field site for a more humane penal system. There should be no reversal of that.”