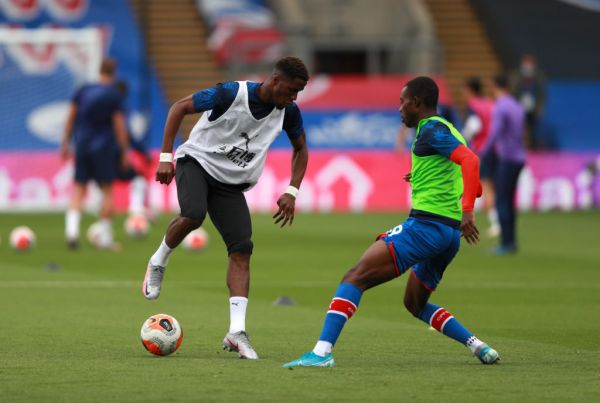 Paddy McCarthy believes Crystal Palace have everything in place to take advantage of south London’s “hotbed of talent” with the redevelopment of the club’s academy close to completion.

The Eagles secured Category One status in July and their Beckenham base has been transformed in the ensuing months while the under-23s and 18s have already benefitted from joining the Premier League games programme.

In recent years the likes of Jadon Sancho, Callum Hudson-Odoi and Emile Smith Rowe have grown up within close proximity to Selhurst Park, but learnt their trade elsewhere with the club’s academy not at elite standard.

While the aforementioned trio honed their skills at Manchester City, Chelsea and Arsenal respectively, the ex-Palace captain and current youth-team boss feels the next generation will have reason to stay closer to home.

😍 An update on our Category 1 Academy redevelopment 👇#CPFC | https://t.co/utMcYSDkhb pic.twitter.com/RMODV2gt1W

McCarthy told the PA news agency: “We have a great recruitment area in south east London and within the M25. It is a hotbed of talent!

“And we now have a facility which is in the process of being up there with the best, a games programme in line with the best and we also have a pathway I would argue is probably better than others when you look at our history of getting players from the academy all the way through to the first-team.

“It has been shown even in the Premier League in recent years with Brandon Pierrick given an opportunity and John-Kymani Gordon has been given a little taste of it.

“Tyrick Mitchell is playing and excelling. I think the pathway has always been there at this football club and to now align that with the facilities and Category One status gives us a real advantage of attracting the best young talent around south east London.”

With a completion date of mid-April, chairman Steve Parish is close to realising one of his big visions for the club.

Once finished the project would have turned the site into a campus with 14 dressing rooms, a new gym and sports science facility, four classrooms and various new 3G pitches.

It previously hosted Goals Beckenham North, a children’s amusement centre and a gym open to the public alongside Palace’s young hopefuls and the redevelopment has cost £20million.

Despite the coronavirus pandemic, the Premier League awarded the club Category One status in July and the rewards have been instant with the Eagles young guns plying their trade against other elite academies.

“Our boys have stood up to that which is exciting for us and they are also seeing the progress when we are on the training pitch every day,” McCarthy said.

“The Dome is going up, the offices are being built and every time we get into the changing rooms it feels like there is something new, so there is a real sense of excitement and people want to be a part of that. They can see the direction the club is going in.”

Producing players for the first-team remains of high importance, but Palace are also eager to develop good people.

On top of the education side, the club put on workshops for their academy starlets and have a full-time psychologist while regular meetings are set up with first-teamers of a similar background or in the same position.

It helped ensure left-back Mitchell was ready to handle the step up to the Premier League last year while Pierrick and Kymani-Gordon will hope to have the tools to cope with the pressure if they continue to develop.

But a key piece of the jigsaw goes back to first-team manager Roy Hodgson.

McCarthy said: “Once you get up there then it is up to you as a player to sustain the standards and go and grasp the opportunity and that is obviously something Tyrick has done.

“Roy is always in and around the under-23 games and in constant dialogue with staff.

“He takes a keen interest in the young players and any time we cross paths he always has a good knowledge of what is going on with this next group of under-18s.

“It is all entwined and the proof is in the pudding at this football club that if you are good enough, you will get your opportunities.”

McCarthy, who played his final Premier League game for Palace on this day seven years ago, has guided the under-18s to eight league wins out of 11 this season.

I can’t thank everyone at @CPFC enough. I’ve been at the club for 11 years and grown up there so I will never forget my roots and the support I’ve had from fans, players, staff. Thank you to everyone 🦅 #AWB pic.twitter.com/JyI8levCaP

The 37-year-old took over the age group in 2016 – a few months after retiring – and has watched left-back Mitchell work his way through the ranks in addition to Aaron Wan-Bissaka, who signed for Manchester United in a £50million deal two summers ago.

While delighted to see the position the club are in, the ex-defender will make sure the Crystal Palace DNA is not lost.

“I don’t think anybody can deny the facilities were challenging,” McCarthy admitted. “But when I first came into the academy, I was well aware of where the club had come from.

“2010 in administration the club nearly went under so I am aware of that recent history and it was fully understandable we were at the beginning of a process. Three years after administration we got in the Premier League, then we established ourselves and on the back of that now the academy can grow.

“But even when we go into this shining new environment, I think it is important we remember our roots and what makes this a special football club.”