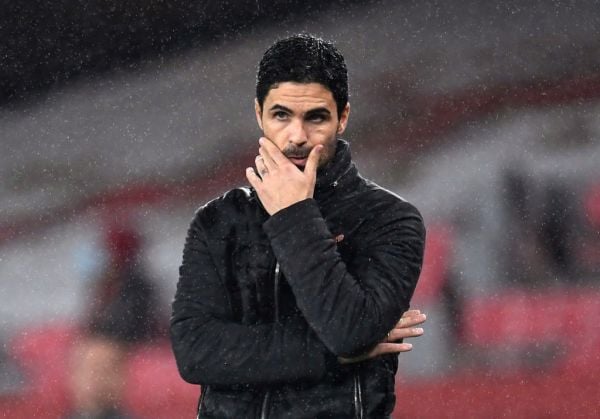 Arsenal manager Mikel Arteta says any decision to play the Europa League last 32 tie against Benfica as a one-off match due to coronavirus travel restrictions is out of his hands.

Portugal and countries in South America are on the UK’s ‘red list’. Arrivals from these countries will be forced to quarantine in hotels for 10 days, and the PA news agency understands there will be no exemptions for elite athletes.

The Gunners are due to face Benfica on February 18 in the first leg in Lisbon, with the return in London a week later.

UEFA’s rules make provisions for both legs to be played at neutral venues in this set of circumstances. The regulations do not provide the option of switching to a one-leg tie but, if both clubs approached UEFA to propose that, it is understood the possibility would at least have to be considered.

Gunners boss Arteta was asked about the possibility of a one-off tie on Thursday and said: “I don’t know what is going to be the solution. Whether it’s finding a different way with the quarantine rules or playing in a different ground, I don’t know which is best.

“There are things that are decided that are not in my hands at the moment. We want to play the games and compete in Europe and we have to find a solution.”

Annex J.1.3 of UEFA’s Champions League and Europa League regulations states: “If restrictions imposed by the national/local authorities of the visiting club’s country apply to the visiting club’s travel to play the match or its return home after the match, the home club must propose a suitable alternative venue which may be in a neutral country.”

Under these rules, both legs would be affected by the UK’s new quarantine rules in relation to Portugal.

Unless FIFA changes its rules, Premier League clubs would also, as things stand, not be obliged to release Portuguese or South American players for World Cup qualifiers.

In October last year world governing body FIFA “temporarily adapted” rules on release of players to cover the 2022 World Cup qualification programme for the remainder of 2020.

The rules on player release applied as normal, FIFA stated, unless “there is a mandatory period of quarantine or self-isolation of at least five days upon arrival in the location of the club which has an obligation to release the player to an association team”.