The 100K for Roscommon LGFA off to a flying start 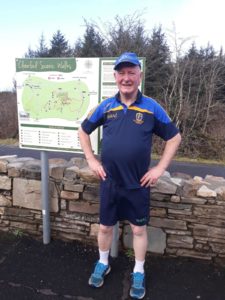 Officers, coaches and players associated with Roscommon LGFA have teamed up in a novel way to raise funds for ladies’ football in the county.

The 100K for Roscommon LGFA, which commenced on Valentine’s Day (yesterday), aims to boost the Association’s coffers, enabling county and club teams reach their potential when the action resumes later this year.

Roscommon intermediate ladies’ manager Diane O’Hora, coaches Shane Curran and Ollie Colgan, and officers Brendan Cregg and Sandra Shanagher were among those that got the ball rolling on Sunday.

It is the aim to walk/run/cycle 100 kilometres between February 14th and March 17th.

A special GoFundMe link has been set up and can be accessed through Roscommon LGFA’s social media channels.