O’Driscoll calls for Carty to start against Italy 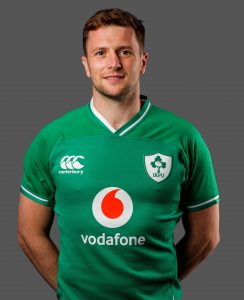 Irish rugby legend Brian O’Driscoll has called for Jack Carty to start against Italy when Ireland resume their Six Nations campaign in Rome on Saturday week.

The former Roscommon minor footballer has ten caps for Ireland but hasn’t featured since the 2019 World Cup in Japan.

Ireland’s problems at out-half have been well documented in recent weeks. With Johnny Sexton in the twilight of his career, coach Andy Farrell has also turned to Billy Burns and Ross Byrne in recent weeks, but O’Driscoll feels that it’s now time to bring the Connacht number 10 back into the fold.

“It’s hard to go back to a player that had difficultly marshalling his troops in a low point in Irish rugby, and it takes a huge amount of positives to balance the journal and get yourself back in the reckoning,” he told OTB AM on Tuesday morning.

“The reason I’m calling for him (Carty) because he probably presents a little bit more from an attacking mindset. He goes to the line quite aggressively, and he’s very capable of running with the ball himself. Maybe it’s just time to see whether he deserves that second shot at it, and maybe he can be the one to bring us forward over the next year,” he continued. 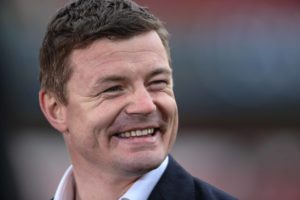 Carty made his international debut in Rome two years ago, and O’Driscoll believes that partnering him with Conor Murray for the Italian game would ease the Ballymore native back into the international fold.

“It’s a good game for Jack Carty. He’s not going to get huge pressure from the Italian back row. They don’t have this crazy line speed. I think he’ll be allowed play his game a little bit, and build a bit of confidence I’m sure he lost the last time he was wearing a green jersey.

“I would be looking at starting him and I’d probably give him the security of Conor Murray (at number 9) if he’s back fit. It’s tricky to play new combinations at the best of times, particularly at half-backs. I feel that it’s definitely worth a shot.

“As much as the other two guys (Billy Burns and Ross Byrne) are capable of good moments, I think we need something for a concerted period over 80 minutes,” he concluded.