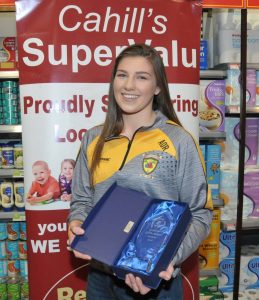 Castlerea boxer Aoife O’Rourke remains fully focussed on her Olympic dream, despite some avenues towards qualification being cut off this week.

Following a meeting of the International Olympic Committee’s Boxing Task Force for Europe on Monday, it was announced that a last-chance World qualifying event, scheduled for June in Paris, has been cancelled.

The European qualifying tournament, which was suspended after three days in London last March, was due to be completed in April, but has also been postponed until June.

However, O’Rourke, who is part of the Irish squad for the 72nd Standja Multi-Nations in Sofia, Bulgaria, next week feels that the recent lockdowns have allowed her to develop into a better boxer.

“I do think that the extra year will stand to me. It has given me more time to improve and become a better boxer. I‘ve worked on my weaknesses and have also improved my strengths in the ring,” she told the Roscommon Herald.

“In order to qualify for the Tokyo Olympics, I need to win two fights (at the European qualifiers), which essentially means reaching the semi-final. I am 100 per cent focussed on that, even though I have to be flexible and go with the flow. Things are changing every day and not everything will pan out as planned.

“However, I can only worry about the things that I can control. What’s meant to be will be,” she said.