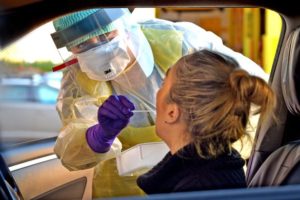 The level of positivity for Covid-19 tests around the country has fallen below 5 per cent for the first time since before December.

Figures released this afternoon show that out of 17,036 tests in the last 24 hours, 836 were positive, which makes for a positivity rate of 4.91 per cent.

It is the first time since December 18th that there has been a positivity rate of less than 5 per cent on tests carried out.

The majority of the 836 positive swabs will turn into new cases, although a small proportion of these swabs are retests from previous cases.

Health officials expressed their concern on Thursday evening that the progress made in suppressing Covid-19 had stalled, with a consistent positivity rate of around 5 per cent in recent days. New variants of the virus were cited as the primary cause in the rate of decline slowing down as health officials urged the general public to stay the course.