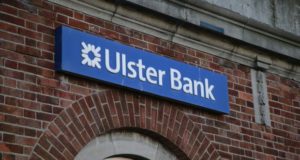 Ulster Bank has announced it is to withdraw from the Republic of Ireland over the next few years, after more than 160 years in the market.

Ulster Bank has 2,800 employees and a €20.5 billion loan book in the Republic. Ulster Bank Limited’s banking business in Northern Ireland is unaffected.

The Irish Times reports that the exit of the third biggest lender in the State marks the biggest development in the banking market since the height of the financial crisis.

In a statement on Friday morning, NatWest said it will begin a “phased withdrawal from the Republic of Ireland over the coming years that will be managed in an orderly and considered manner”.

NatWest chief executive Alison Rose said: “Following an extensive review and despite the progress that has been made, it has become clear Ulster Bank will not be able to generate sustainable long-term returns for our shareholders.

“As a result, we are to begin a phased withdrawal from the Republic of Ireland over the coming years which will be undertaken with careful consideration of the impact on customers and our colleagues.”

NatWest said it has agreed to sell about €4 billion of performing commercial loans to AIB and that it is in early talks with Permanent TSB and other strategic banking companies about their potential interest in buying “certain retail and SME assets, liabilities and operations”.

It said it was focusing on discussions with companies “who can provide customers with full banking services in the Irish market”.

Following the announcement, the Minister for Finance, Paschal Donohoe said: “After 160 years serving the Irish public, today marks a sad day. Our thoughts too are with the Ulster Bank staff as they learn of the closure of the bank here in Ireland.

“However, I welcome the reference made this morning to the two other Irish banks, PTSB and AIB, who are engaging with NatWest regarding the future of Ulster Bank’s SME, mortgage, retail and commercial loan books, as well as the current and deposit accounts held by the bank.

“While this is positive news and indicates the potential further development of already well established Irish banks, there is still much work to be done over the coming months.”

The Minister assured the bank’s customers that “robust consumer protections” are in place in the event of the bank withdrawing from the Irish market.

He welcomed the announcement that some Ulster Bank staff will transfer to AIB, in line with a Memorandum of Understanding (MoU) agreed between the banks.

Ulster Bank has about a 15 per cent share of the mortgage market, 20 per cent of small business (SME) lending and a strong corporate banking business. It has a €22 billion business and retail deposits book.

The withdrawal of the bank from the Republic’s market would be a “major hammer blow” to customers and workers, the Dail heard on Thursday.

Tánaiste Leo Varadkar said the potential withdrawal of the bank was a “matter of real concern” for the Government.

He added that Minister Donohoe was assessing all options to try to minimise any job losses and reduce the negative impact it could have on competition in the sector.

Ulster Bank became a subsidiary of what is now known as NatWest in 1917. In 2000, it was taken over by the Royal Bank of Scotland group.

The bank has retail and corporate banking arms. It has around 1.9 million personal and business customers through 174 outlets across the island of Ireland and a business banking presence in every county. It has 110 branches in the Republic of Ireland.

In 2019, Ulster Bank’s total income fell due to non-performing loans after the sale of a portfolio of mortgages.

Customer deposits had increased and the bank reported higher operating profits a year ago.