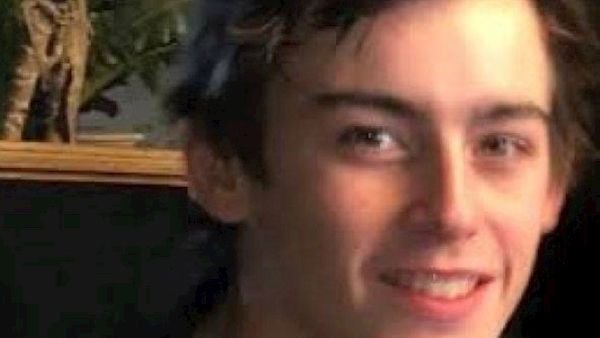 Three men and two teenage girls charged with the murder of an Irish teenager in Australia have been remanded in custody until their trial date is set.

Cian English, 19, originally from, Bullock Park, Carlow Town, but who was living in the eastern Brisbane suburb of Hawthorne, suffered traumatic injuries when he fell from a fourth floor balcony at the View Pacific resort in Surfers Paradise at around 3.15am on Saturday, May 23rd last year during an alleged robbery.

The teenager was living with his parents Siobhan and Vinny and older brother Dylan. The family left Ireland 16 years ago, first to the Caribbean where Cian’s father worked for Digicel and then settled in Brisbane in 2011.

The teenager fell to his death when he was being robbed at knife point following an apartment party where it is alleged three men, already charged with his murder, were high on prescription drugs. He attempted to escape but tragically fell from the fourth floor balcony.

The five accused Jason Ryan Knowles, 22, Hayden Paul Kratzmann, 20, and Lachlan Paul Soper-Lagas, 18, along with two girls, who are minors re-appeared before Southport Magistrates Court and Children’s Court on Tuesday, according to a police spokesperson.

The three accused men have been remanded in custody to appear at the same court on March 23rd. Reporting restrictions on the charges against the two girls have been imposed due to them being minors and until their trial is due to start. They were also remanded in custody.

A police spokesperson for Queensland Police Service said: “The three men appeared briefly (in court), and were remanded in custody, and are due to appear in Southport Magistrates Court on 23 March.

“Due to the two females being in the Children’s Court restrictions apply on reporting.”

All five are charged with murder, stealing, robbery, torture and deprivation of liberty. All of the accused were present in court prior to the case being adjourned and have been in custody since the fatal incident last May.

Further details of the night Mr English died have emerged which reveal that the teenager was stabbed in the upper arm before fleeing onto the balcony of the Gold Coast apartment and falling over the railing, police are alleging.

The three men are also accused of making him fear for his life to the point where he ran to the balcony and fell to his death.

Police authorities are to allege that the men had been having a party in the apartment above Mr English and his friends and had talked over the balcony earlier in the night.

The three men allegedly invited the Brisbane teenager and his friends to their apartment where they are accused of having a stash of prescription drugs.

Police will allege the men went to Mr English’s apartment early on Saturday morning and held a knife to his throat as they demanded he and the friend hand over their phones and clothing.

When the duo refused, the group allegedly began the beating Mr English’s friend when Mr English stepped in to help. When stabbed he allegedly fled for his life leading to his fatal fall from the apartment balcony.