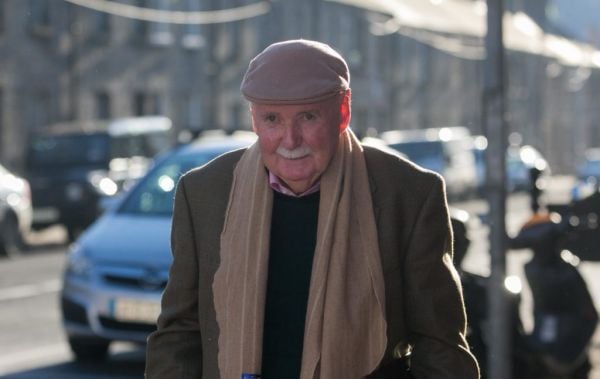 Michael Fingleton is unable, for health reasons, to properly defend a case against him over alleged breach of his obligations while he served as the CEO of Irish Nationwide Building Society, the High Court has been told.

Mr Fingleton (83) suffered a severe stroke in May 2018 which has left him physically and mentally incapacitated, Niall Clerkin, solicitor for Mr Fingleton, said.

A series of cognitive assessments show a declining cognitive ability affecting his recall and ability to critically assess evidence, he said.

Mr Justice Tony Hunt has begun hearing an application by Mr Fingleton that, on grounds of his ill-health, the action brought against him by the special liquidators of Irish Bank Resolution Corporation, which took over INBS after it collapsed with losses of €6 billion, should be dismissed or permanently stayed.

Today Mr Clerkin said his client’s ill health plus the scope and breadth of the proceedings against him are exceptional reasons for the case to be halted.

The complaints against Mr Fingleton include claims he enjoyed “excessive” control over the business of the Society and made several loans of more than €1 million without consulting the board, Mr Clerkin said. A total of 18 different loans to a variety of different borrowers were referenced, he said.

That claim was “hotly disputed” by Mr Fingleton who says it is untrue and that the board of the society was “fully aware” of the loans at issue, Mr Clerkin said.

If the case proceeds, it could result in a judicial decision that Mr Fingleton was a significant figure in the economic collapse of 2008, he said.

While he appreciated “a lot of people believe that”, and accepted there “is a case to be heard here”, Mr Clerkin said, when all the factors are balanced, the only realistic outcome is to dismiss this case or stay it permanently because Mr Fingleton just cannot defend it.

The case is “so vast” and Mr Fingelton’s impairments “so severe” there is no reality of his personal and constitutional rights, including to due process, being vindicated, he said.

The case could not be determined on foot of a review of the society’s documents, Mr Clerkin said.

Mr Fingleton wanted to be able to explain what others, including Central Bank, auditors and economic commentators, had said at the time at issue, he said.

When Mr Clerkin said there was “not a cloud on the economic horizon” in 2006 and the financial world was one of “self-congratulation”, Mr Justice Tony Hunt said that was “not entirely so”.

The judge will hear arguments on behalf of IBRC later in the application.