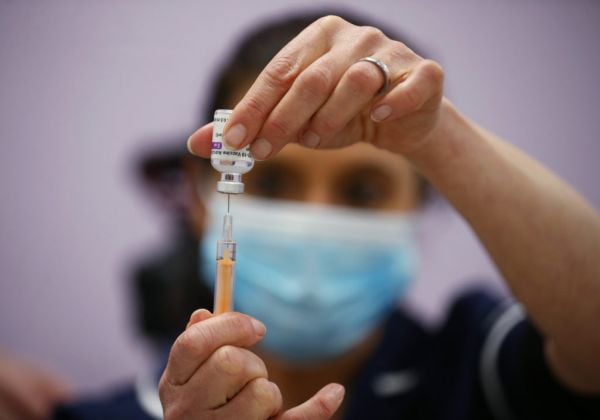 People with underlying health conditions are being moved up the vaccine priority list.

Under the changes announced by the Minister for Health Stephen Donnelly on Tuesday evening, people deemed at very high risk, such as those actively receiving treatment for cancer, will be moved to “Cohort 4” and vaccinated after the over-70s.

People aged 16 to 69 deemed at high risk, such as those with a severe mental illness, or with chronic heart disease, will be in Cohort 5.

It follows a recommendation from the National Immunisation Advisory Committee (Niac), with the plan given approval by Cabinet earlier.

Mr Donnelly said: “The National Immunisation Advisory Council, in conjunction with my Department, have recommended revising the Vaccine Allocation Strategy. The National Public Health Emergency Team endorsed the recommendations and today they have been approved by Government.”

“The primary aim of Ireland’s Covid-19 Vaccine Allocation Strategy remains the same. We are continuing to vaccinate those who are most likely to suffer severe disease and sadly, death, as a result of contracting Covid-19.

“The changes we are making are based on the latest clinical and medical advice that those we are moving up the list would suffer the worst outcomes if they were to get the disease.”

He added: “Accelerating the vaccination of those with certain pre-existing conditions is consistent with the advice given to Member States by the ECDC [European Centre for Disease Prevention and Control].”

“It also upholds the principles of minimising harm and fairness that underpin Ireland’s Covid-19 Vaccination Programme by aiming to reduce the disproportionate burden those with underlying conditions face in terms of adverse outcomes from Covid-19.”

“The Niac continues to monitor data around this disease and indeed emerging data on effectiveness of vaccines on a rolling basis.”

The announcement comes after Taoiseach Micheál Martin announced new plans for the vaccine rollout with the aim to have administered first doses to 80 per cent of adults by the end of June.

Mr Martin’s made an address to the nation on Tuesday evening announcing Level 5 restrictions will remain in place until April 5th at last, although a phased reopening of schools will start from next week.

Just before he spoke, it was revealed that AstraZeneca will deliver half of the expected delivery of vaccine doses to the EU in the second quarter of the year.

The Taoiseach said this announcement has been factored in to the forecasts in his speech.

By Tuesday, more than 350,000 vaccine doses had been administered.

This will include utilising small local GP surgeries and pharmacists, and community and regional vaccination centres.