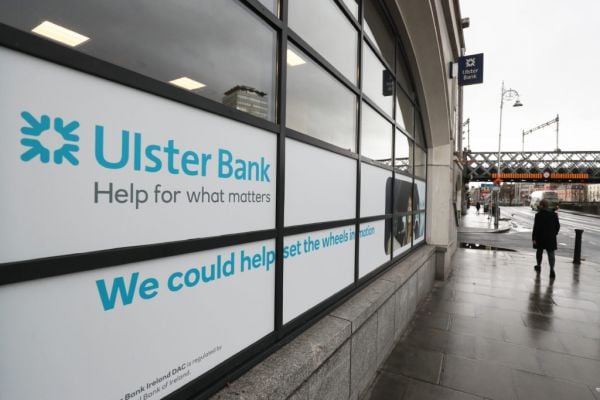 The chief executive of Ulster Bank said she apologised to staff after they were forced to live with uncertainty about the future of their jobs for months.

Jane Howard said the manner of the closure announcement made last Friday was not the way anyone would have wanted.

She made the comments while appearing before the Oireachtas finance committee.

First session on #ulsterbank is with @fsuireland where I raised the status of contract workers & concerns with regard to pensions of former staff as well as entitlements of current staff. pic.twitter.com/KExo4WPGE7

It was confirmed last week by NatWest that it made the decision to withdraw Ulster Bank from the Irish market.

NatWest said a review of its Irish bank found that it would not achieve an acceptable level of returns going forward.

Uncertainty now surrounds the bank’s 2,800 staff, although NatWest insists it will try to keep job losses to a minimum.

Ulster Bank and NatWest were heavily criticised by TDs for its treatment of staff.

A memo was circulated last Thursday claiming no decision to withdraw from the market had been made, however by Friday morning Ulster Bank confirmed it was closing.

Responding to the criticism, Ms Howard said: “The way that this was communicated was not the way that anybody would have wanted.

“I have personally apologised to our colleagues for that fact that they have had to live with this uncertainty for five months whilst living in a pandemic and trying to serve our customers in the best way possible.

“During that time I have met with many colleagues and listened to their concerns.

“Where we can address their concerns we have done so, but the biggest concern that most people have was wanting to know the outcome of the decision and it was that uncertainty that causes challenges for people.

“We have got the outcome of that decision, and got that on Friday.”

The Government is a majority stakeholder in both AIB and Permanent TSB.

The announcement came as NatWest revealed that it made a pre-tax operating loss of £351 million in 2020.

Ms Howard added: “I announced three things (on Friday) – one was there would no new redundancies this year, there would be no branch closures and the memorandum of understanding with AIB, whilst only a memorandum, was that colleagues would travel with the work.

“I am very aware it doesn’t give all the certainty.

“We are in very early days with our conversations with PTSB and others.

“We don’t have all the answer yet. But we will be engaging with the stakeholders over the coming weeks as we work through how we carefully, in an orderly way, withdraw from the market.

“We will establish regular communications with colleagues. I recognise how difficult this has been for people.

“Our core objectives is we want to minimise job losses and that’s why we have reached the memorandum of understanding.”

However, the general secretary of the Financial Services Union (FSU) John O’Connell said the behaviour of NatWest and Ulster Bank is “unacceptable”.

“I believe the withdrawal of Ulster Bank from the Irish bank sector will be a case study in how not to do change,” Mr O’Connell told the committee.

“It would be a disservice to our staff to ignore the behaviour of NatWest towards our staff over the past six months.

“This behaviour is not acceptable. That is continuing from NatWest and Ulster Bank today.

“There was a statement from them last Friday to say there would be no compulsory redundancies in Ireland – today 40 staff are fighting for their jobs.”

He outlined three areas to be prioritised, including staff having the option of transferring their work.

It also included ensuring that compulsory redundancies is not accepted and that no branches should close until the end of next year.

Fine Gael’s Neale Richmond said it has been an “extremely tough time” for staff.

Labour’s Ged Nash said: “This has been absolutely devastating period for Ulster Bank staff, it has been hanging over their hands for five months.

“It is outrageous that staff had to learn of their fate and the fact that their jobs were under threat from media reports.”

Fianna Fail’s Jim O’Callaghan said: “I believe the staff of Ulster Bank have been treated shabbily by you.”

He said the decision to withdraw from the Irish market will have a significant impact on the banking sector.

Sinn Fein’s spokesman on finance Pearse Doherty said: “What NatWest and Ulster Bank did to your staff was deplorable, it was not acceptable and it shouldn’t have happened.”