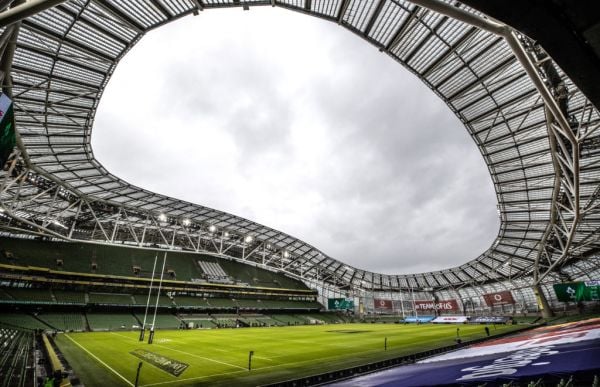 Dublin is one of three cities set to lose its European Championship hosting rights.

Ireland’s capital was one of 12 cities selected by Uefa as part of a first-ever pan-European hosting of the tournament, which was deferred by 12 months due to the coronavirus pandemic.

As the Irish Examiner reports, the 51,000-capacity national stadium is scheduled to stage three groups matches and a last-16 tie from June 14 but the cautious approach taken by the State around easing lockdown restrictions has raised doubts about that plan.

FAI chief executive Jonathan Hill admitted last week Dublin would only be retained by Uefa if health authorities permitted spectators back into stadia.

Mr Hill confirmed on delegates on Tuesday that he’d held a meeting with the government’s deputy chief medical officer Ronan Glynn earlier that day on the subject of Euro 2020, without divulging details.

It is understood that both Glasgow and Bilbao have also come under scrutiny due to a lack of guarantees around the return of spectators.

Ireland won’t be involved in the tournament taking place in 100 days’ times after losing a play-off semi-final last October.

Their conquerors, Slovakia, along with Poland and Sweden, are due to have fans arrive into Dublin for the matches during June.

Uefa will make a final decision on whether to change format in early April.

UK Prime Minister Boris Johnson last week expressed a desire to host the 24-tournament in its entirety given their accelerated vaccination programme and a planned gradual return of fans to stadia from May but the English FA and Uefa have downplayed that prospect.

In contrast, the absence from the Irish government of a concise timetable for relaxing restrictions, including the admittance of fans into sporting events, has put the FAI’s involvement in jeopardy. The best that can be hoped for at this stage is partial crowds.

“Yes is the simple answer to that,” said Hill last week when asked if Dublin’s continuation as one of the dozen cities hinged on a change of policy by the State.

“There was a meeting among the chief executives of the federations that cover the 12 cities on Wednesday morning and it’s fair to say UEFA are pushing forward because of the timetables involved.

“They have real people who bought real tickets for matches and who bought transport and hotels etc. At some point they need to take decisions in relation to the structure of the tournament.

He said there is a four to six-week period in which to do that. In early April, Uefa will take its decisions. He added “We’d all love to see that but we have to be respectful of the current guidelines.”