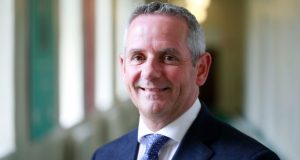 As a number of GP practices around the country complain that Covid-19 vaccines for over-85s have not arrived, HSE Chief Executive Paul Reid has admitted “significant issues” have arisen which he said were as a result of the failure of AstraZeneca to fulfil its vaccine commitments.

According to the Irish Times, the HSE missed its target of 100,000 administered vaccines last week by almost 18,000.

Mr Reid said there had been changes to the AstraZeneca schedules last week, this week and next week which will interrupt supplies.

Mr Reid told the HSE weekly briefing on Thursday that almost 400 of the 1,300 GP health centres will receive their vaccine doses between Wednesday and Friday of this week.

He envisaged that the “overwhelming majority” of over-85s will have received their first dose by the end of this week.

Between 20 and 25 GP practices in more remote areas will receive their vaccines next week, and they will vaccinate the final cohort of 800 over-85s.

Mr Reid said the vaccination programme has already had a considerable impact on infection rates in nursing homes and among healthcare staff.

The numbers of those who have been infected in long-term residential care units fell from 1,050 a month ago to 478 in the last fortnight, a drop of 52 per cent. The drop in infections in the general population was 24 per cent in the same period.

There has been a 95 per cent fall-off in infections among hospital staff between the week ending January 10th and the week ending February 22nd, when almost all healthcare workers had received one dose.

HSE chief clinical officer Dr Colm Henry said there had been an “extraordinary decline and collapse” in frontline staff being infected by Covid-19 which has been far greater than the fall in community transmission.

There was solid real world evidence that the vaccine has reduced serious illness and death in the most vulnerable populations, he added.