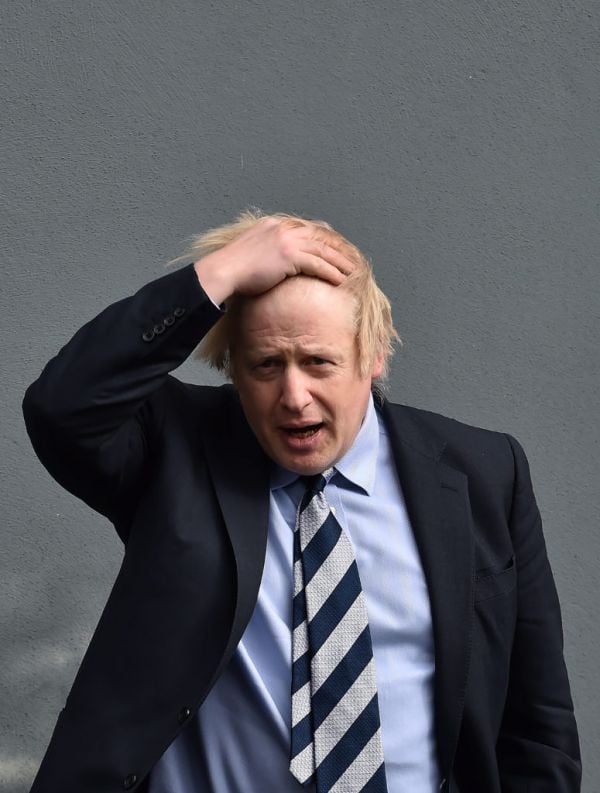 Boris Johnson has said the Northern Ireland Protocol is not operating in the way he envisaged.

The UK Prime Minister said he did not think arrangements he agreed with the EU would involve restrictions on the movements of food products such as sausages, on parcel deliveries and on soil from Britain entering Northern Ireland.

He said the protocol was operating in an imbalanced way and was causing irritation to the loyalist and unionist community in Northern Ireland as a consequence.

In a virtual press conference on a visit to the region, Mr Johnson said: “It needs to be corrected, you can’t have a situation in which soil or parcels or tractors with mud on their tyres or whatever are prevented from moving easily from one part of the UK to another – it’s all one United Kingdom.”

He said the protocol was an act of “good neighbourliness” by the UK towards Ireland and the EU to stop goods moving into the single market in an “uncontrolled way”.

During Brexit negotiations, debate centred on which products from Britain were at risk of continuing from Northern Ireland into the rest of the EU tariff-free.

The UK argued that goods like supermarket deliveries intended for Northern Ireland should be exempted from extra paperwork and declarations.

Mr Johnson said the protocol was necessitating more processes and checks than it should and that is why the UK government moved to delay its implementation until longer term solutions are found with the EU.

“What I didn’t want to see was loads of checks on stuff going from GB to NI in such a way as to interrupt trade and to confuse and irritate people,” he said.

“I didn’t want to see barriers to the circulation of sausages and tractors with mud on their tyres and all the rest of it, and nor did I think that would be necessary and I think that’s why we put in the easements we have, because I think it’s sensible for there to be some balance in this and I think there’s a commonsensical way forward and that’s what we want to have.”

He was asked about several legal challenges against the protocol.

The DUP is among those threatening litigation.

The party will be joining other unionists from across the UK in judicial review proceedings unless alternative post-Brexit trade arrangements are put in place that secure their consent.

Johnson questioned whether judgments in those cases could override an international treaty, but acknowledged that legal question required further exploration.

He expressed hope that the issues could be ironed out without court challenges.

“Before we get to other people’s legal actions against the protocol, what we want to see is to work with our friends in Dublin, in Brussels, to make sure that we iron this thing out, because at the moment it feels to me like it’s not operating in the way that it’s intended to do,” he said.

“It’s there to protect the EU single market but also the UK single market and the Good Friday Agreement, and all we’re looking for is some balance and some common sense.

“There are more immediate ways of addressing the issues with the protocol and more practical and commonsensical ways than doing it through the courts.”

Mr Johnson reiterated his warning that he would move to suspend elements of the protocol – by invoking Article 16 to the arrangements – if it proved impossible to resolve current issues.

The North’s First Minister Arlene Foster said everything coming into Northern Ireland from Britain was going through checks despite very few of those goods going on to the EU.

She told BBC Radio 4’s PM programme: “It is not a proportionate action to take, to check everything going through because so little goes on into the Republic of Ireland.”

Varadkar to seek advice from Health chief about rise in deaths