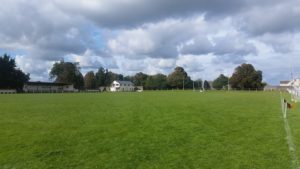 It is 30 years today since Elphin’s GAA ground, Orchard Park, was officially re-opened.

Elphin GAA Club will take a trip down memory lane over the coming days as its home ground, Orchard Park, celebrates 30 years since it was officially re-opened on this day (April 1st) in 1991.

There have been many high-profile games in the Orchard during that time. Roscommon have played Down in the National Football League, a game that saw former President Mary McAleese in attendance.

FBD League matches in January were often a staple diet, while the Leitrim U-20 footballers used the venue to host their provincial semi-final against Galway in February 2020, a few weeks before the world was turned upside because of Covid.

Because of the ongoing pandemic, the club won’t be able to host any official events to mark the occasion. However, the lights around the ground will be lit to remember all deceased members of the club.

On Saturday, the club will host a “Club Colours Day” where those with an affiliation with the club at home and around the world are being asked to wear club colours.

Pictures can be sent to [email protected] and they will be displayed on social media. 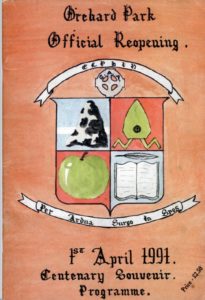