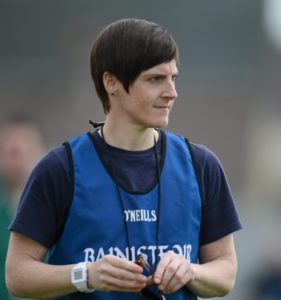 The groupings and dates for this year’s Lidl sponsored Ladies National Football League have been released by the LGFA this afternoon.

New Roscommon intermediate football manager Diane O’Hora can finally start pencilling in some dates, and opponents, in her diary as her side have been grouped in Division 3A alongside Down, Sligo and Fermanagh.

Roscommon were beaten by Down during the 2020 league, having defeated Sligo in their opening match. They saw off Fermanagh in the championship in 2019 but the Ulster ladies bounced back to win the All-Ireland Junior championship last December, seeing off Wicklow in the final.

Kildare, Laois, Longford and Wicklow make up Division 3B.

Games will commence on Sunday, May 23rd, and will continue on May 30th and June 6th. The semi-finals are scheduled for June 13th, with the finals down for decision on June 27th. Games can be played midweek or on a Saturday by agreement with both counties.

Fixtures will be released by the LGFA in due course. Counties will be permitted to commence training on April 19th.