Ireland’s railway network to be reviewed 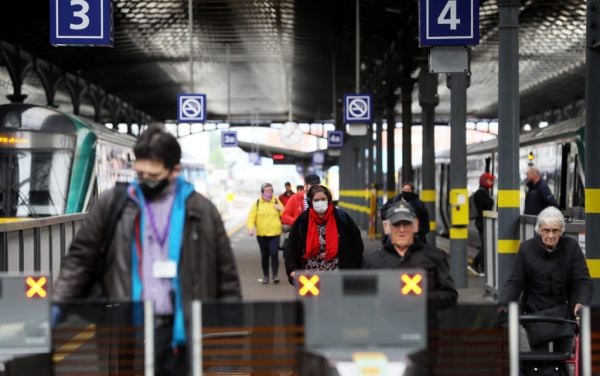 A review of Ireland’s rail network has been launched. The Strategic Rail Review will consider how the rail network on the island can improve sustainable connectivity between major cities, enhance regional accessibility including to the North West and support balanced regional development.

It will also consider the feasibility of higher speeds on the network and whether there is a potential to increase use of the network for freight.

The review was announced jointly by Minister for Transport, Eamon Ryan and the North’s Infrastructure Minister Nichola Mallon.

Mr Ryan described himself as a “firm believer in the potential of rail”.

“I’m particularly pleased that we’ll undertake this review on an all-island basis, working with our colleagues in the Northern Ireland Executive,” he said.

“The review will look at how rail can help better connect cities and regions across the island and will complement the investment we already plan in our commuter rail networks.”

The Strategic Rail Review will be delivered by external consultants and overseen by the Department of Transport in co-operation with the Department for Infrastructure, supported by key stakeholders including the Commission for Rail Regulation, the National Transport Authority, Iarnrod Eireann and Translink.

Ms Mallon said she is passionate about rail travel.

“I believe it has massive untapped potential to deliver multiple benefits across our island,” she said.

“Since coming into office, I have been clear that it is my priority to address regional imbalance, tackle the climate crisis and better connect communities across Ireland.

“This is an ambitious piece of work that will help inform our decision making and investment in our rail network for years to come.

“It’s an exciting start of a journey, many have been waiting for.”

🚆 Sinn Féin’s @M_AndersonSF has welcomed the launch of an all-island review of rail announced by Ministers north and south 🚆https://t.co/AqDXm73042 pic.twitter.com/y1bb7bugvp

She called for a feasibility study on extending the Derry line into Letterkenny and beyond.

“It’s vital that on the back of this review, we see real delivery on improving our rail line and connecting our island through our trains.”