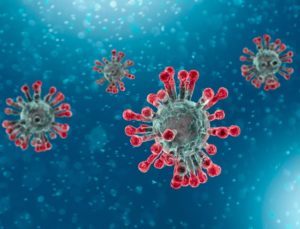 County Roscommon’s downward trend in the incidence rate of Covid-19 has continued this evening with less than five cases reported over the last 24 hours.

There have been 52 cases in the county in the last 14 days, with retrospective reporting showing that 18 of these cases were reported on Good Friday.

This evening, it was reported that there were 400 new cases and seven additional deaths.

There are currently 226 people with Covid-19 in hospital, of which 55 are in ICU.

Of the cases notified today:

*the median age is 35 years old

Professor Philip Nolan told this evening’s briefing that the situation remains “stable” and is, perhaps “improving” but that it would be another seven to ten days before it could be determined if the country is suppressing the level of disease further.

Professor Nolan also added that analysis showed that schools remain a “low risk setting”. He said that the five-day average of the disease was declining “rapidly” and that the R rate is between 0.7 to 1.1.

It also emerged this evening that GPs have said that continued shortfalls in vaccine supplies means that all over 70s will not receive their first jab by mid-April, as promised by Taoiseach Micheál Martin last week.