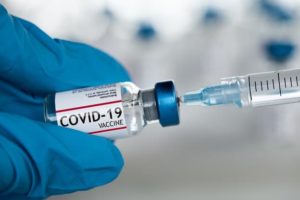 The first Irish case of a very rare blood clot in a person after vaccination with the Covid-19 AstraZeneca vaccine is being investigated, it has been confirmed.

According to the Irish Times, a 40-year-old Dublin woman is being treated at the Mater Hospital for cerebral venous sinus thrombosis (CVST), the blood clot in the brain that EU medicines regulator, the European Medicines Agency concluded this week was possibly linked to the AstraZeneca jab.

She is in recovery and is expected to be discharged from the Mater in the coming days after spending a week in a stroke ward in the hospital.

State medicines watchdog, the Health Products Regulatory Authority (HPRA) confirmed it had received “a case of interest associated with the AstraZeneca vaccine, which describes CVST, an unusual clot in the brain.”

The clot was detected in a person who had received the jab.

This is the first case of the rare blood clot following vaccination with the AstraZeneca jab to be reported to the regulator. The HPRA is carrying out further investigation.