Roscommon native to honour President Higgins on his 80th birthday 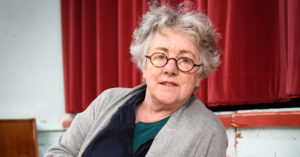 A County Roscommon native will play a major role in a special broadcast to honour President Michael D. Higgins on his 80th birthday later this month.

Garry Hynes, originally from Ballaghaderreen, will join a host of Ireland’s finest poets, singers, musicians, thinkers, playwrights and dancers to pay tribute to President Higgins in a special one-hour feature on TG4, scheduled for Sunday, April 18th at 9.30 p.m..

This programme will be a celebration of the president and his political and philosophical ideals, featuring a word class line-up, showcasing the very best of Irish Arts that have always been of great importance to President Higgins. 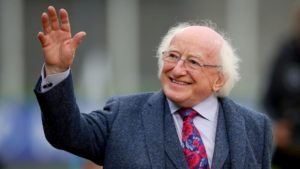 Garry Hynes, originally from Ballaghaderreen, is one of Ireland’s leading theatre directors. She was a founding member of the Druid Theatre Company in 1975 and was the company’s Artistic Director from 1975 to 1991, and again from 1995 to date. She was Artistic Director of The Abbey Theatre from 1991 to 1994.

Her many awards include Honorary Doctorates from the National University of Ireland (1998), a National Council of Education Award for services to Irish theatre (1988), and a Tony Award for The Beauty Queen of Leenane (1998).

Ms Hynes is a current patron of the Irish Theatre Institute.