Rossies to finally get league campaigns underway in May 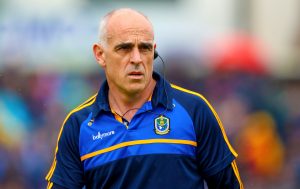 Anthony Cunningham’s side will see league action from the weekend of May 15th/16th.

The Roscommon senior footballers will finally get their Division One League campaign underway on the weekend of May 15/16th after the GAA’s revised fixtures plan was published this afternoon.

While the exact date and times of fixtures have yet to be confirmed, Roscommon will be in one of two regionalised groupings alongside Dublin, Galway and Kerry.

The top two teams in each group will qualify for the league semi-finals, while the bottom two teams will contest relegation play-offs.

Like 2020, this year’s championship will be run in a knockout format. The draw for the Connacht championship, without London and New York, will take place on April 19th. There will be no qualifiers and no Tailteann Cup in 2021. The championships are scheduled to get underway on the weekend of June 26th and 27th.

The Roscommon senior hurlers will commence their Division 2B League campaign on May 8th and 9th where they will be grouped with Derry, Kildare, Donegal and Mayo. They will take part in the Christy Ring Cup later this summer with Sligo, Wicklow, Derry and Offaly.

Details for this year’s minor and U-20 championships, alongside the resumption of last year’s minor football championship, where Roscommon have reached the semi-final, have yet to be finalised. The GAA is awaiting further instruction from Government as current exemptions only relate to senior level.

Club championships can commence once a county has been eliminated from the championship. A club-only window will run from September 4th/5th, and provincial championships will begin from November 20th/21st.