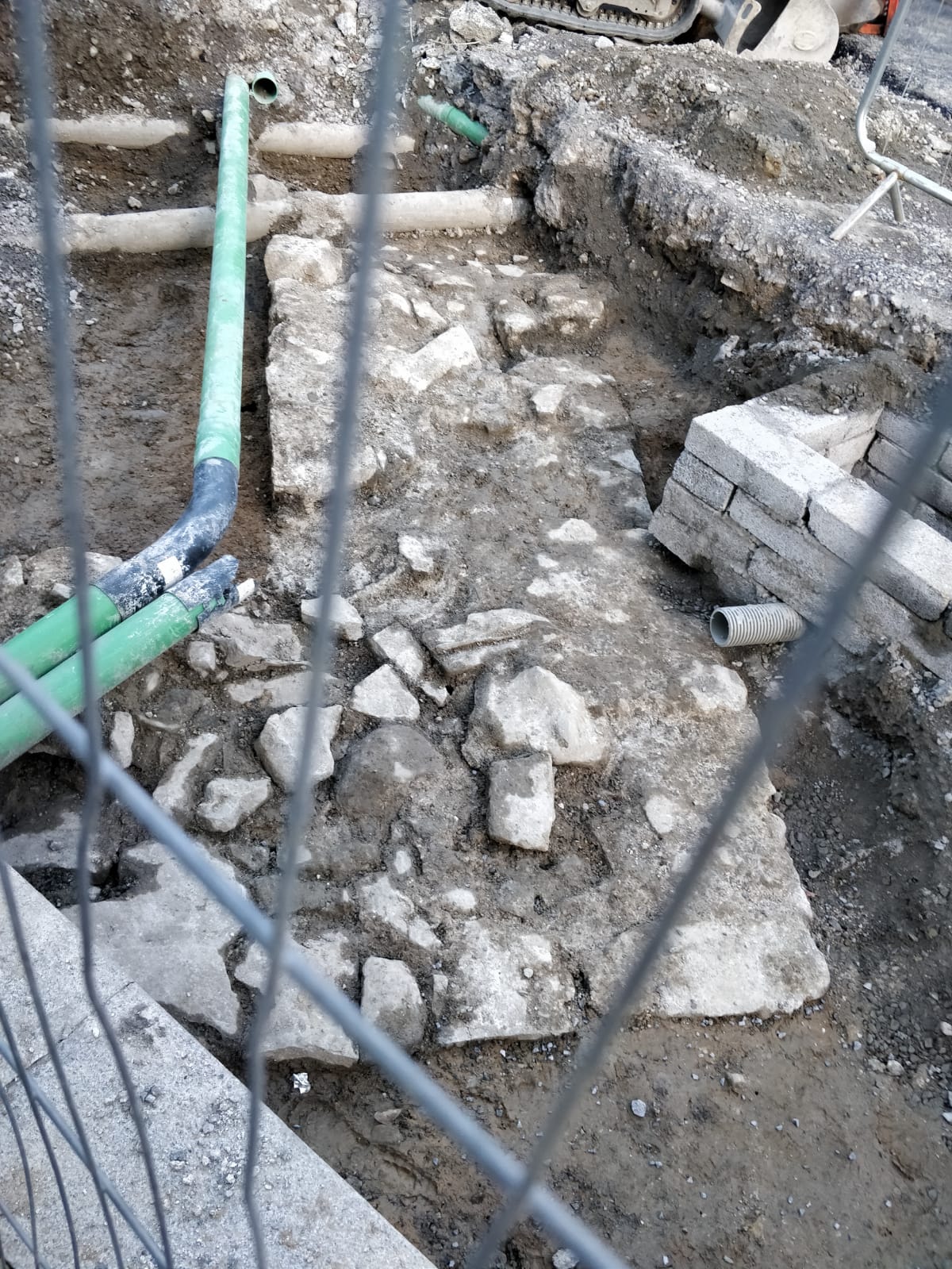 Speculation is mounting over the discovery of what’s believed may be ancient walled ruins, opposite the site of AIB Bank in Roscommon town. The find was made during works as part of the Town Realm development of the county town.

An archaeologist has been called to the site to determine the exact feature, but it’s believed the feature may be part of an underground wall which formed part of the old town walls that surrounded the county town in the eighteen century.

According to maps designed by cartographer Francis Plunkett, dating from 1736, evidence is shown of an arched gate approaching the Main Street town area, which may have been unearthed during work. However there is also speculation the revealed site may also be evidence of an old public sewer.

A member of the Engineering staff attached to the Roscommon Town Realm Enhancement Scheme has confirmed that evidence of the wall was confirmed yesterday and can be seen on Goff Street running parallel with the AIB bank.

The Council claim initial enquires suggest the feature may be an old stone culvert which carries sewer and surface water down the town.  This culvert, it’s believed, starts outside Eight ‘Til Late runs down Main St and on down Goff Street.

The Council believe the new sewer and surface water pipe will make the upper section of this culvert redundant.  The local authority has confirmed an AMS archaeologist is on site monitoring the works as part of the Council’s licence.

Already, local groups are suggesting the feature should be preserved in visible casing as a historical feature to be displayed publicly. However it’s unclear if this is possible, due to continuing engineering and road works.

It’s understood that in the eighteenth century, Roscommon was a walled town where food and artisan producers were expected to pay a toll to deliver their produce to the town centre. The walled area of the town was adjacent to Roscommon Castle.