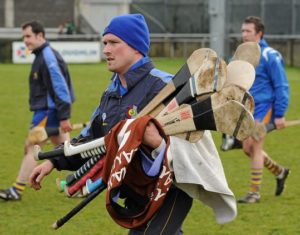 The Roscommon senior hurlers will face Wicklow and Derry in this season’s Christy Ring Cup.

Johnny Keane’s side will travel to Wicklow on the weekend of June 26th/27th before hosting Derry a week later.

The top two teams will qualify for the semi-finals, with the third-place team going into the quarter-finals.

Offaly will play Sligo in the other group, with the winner taking the direct route to the semi-final and the loser having to settle for a place in the quarter-final against the third-placed team in Roscommon’s group.

The winner of that game will reach the last four, while the loser will be relegated to the Nicky Rackard Cup for 2022.

Roscommon played Wicklow in last year’s Christy Ring Cup campaign where they were foiled by the Garden County at Dr. Hyde Park on a scoreline of 2-19 to 3-14, despite producing a stunning late comeback. They are due to face Derry in the final match of this year’s Division 2B Hurling League campaign on June 12th.

Roscommon reached the semi-finals of the Christy Ring Cup in 2019 and 2020 where they were beaten by Down and Kildare respectively.