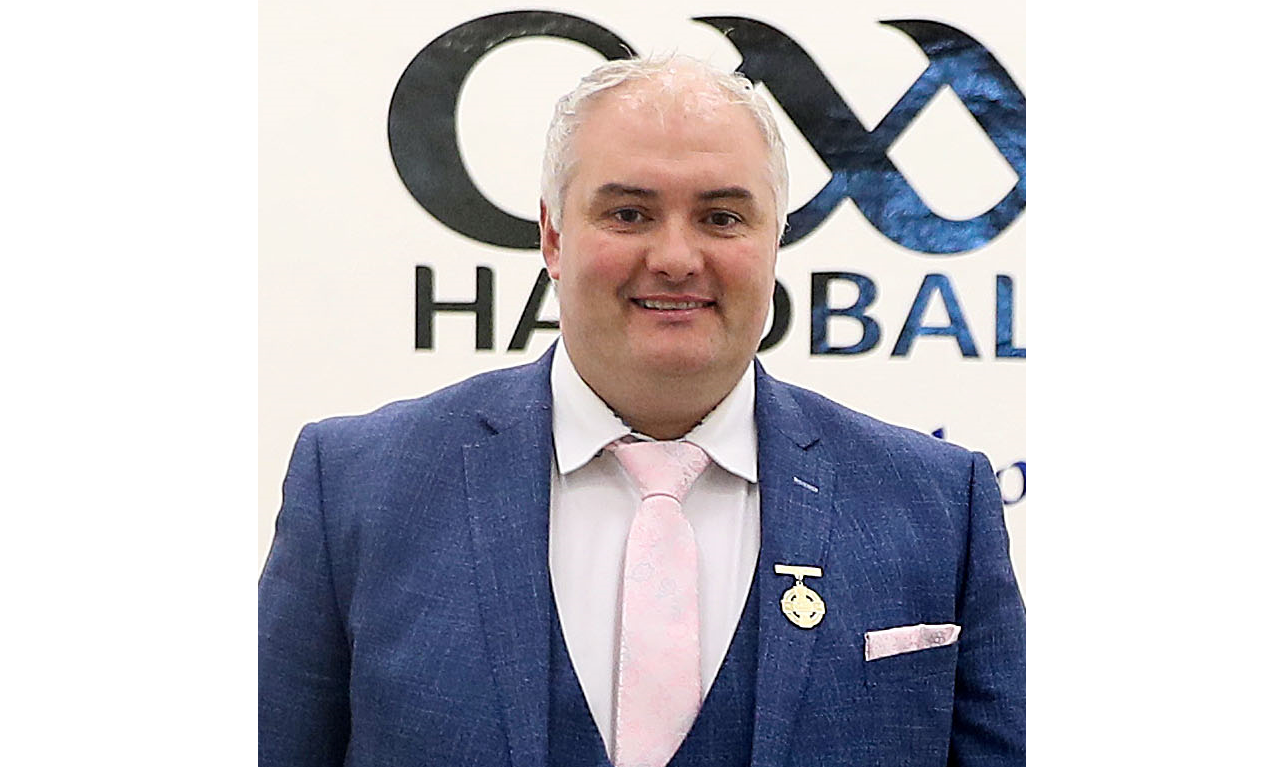 As president of Irish Handball, Dessie Keegan from Ballaghaderreen is the man most responsible for dictating the future direction of a sport that was first noted in the history books in Galway in 1527.

On the face of it, things appear to be going well, Covid-19 notwithstanding. An incredible new National Handball Centre is waiting to be used to the full in Croke Park, Irish competitors are faring better than ever against their American and Canadian counterparts in world championships, and there has been a huge improvement in standards in the women’s game in particular, with Caitriona Casey and Martina McMahon playing out a rivalry that has elevated the sport to a whole new level.

Structurally, however, Keegan is immensely concerned that while handball remains a proud part of the GAA family, traditional GAA governance models are not going to serve it well as it tries to take a stronger foothold in the Irish sporting landscape.

“I would be worried about maintaining a strong volunteer network, and I certainly don’t think the current county board structure is something that you’d design if you were starting over,” Keegan told the Roscommon Herald.

“Right now, in Connacht, there are five county secretaries and one provincial secretary, and the same situation is replicated for all the key executive roles. In many cases, somebody might be active on their club executive, have a role on the county board, and maybe on the provincial council as well. “Ninety per cent of all county boards don’t have all their positions filled, because the few people they have are needed in the key positions — even though they’re all overseeing a very small number of clubs. None of that is sustainable in the longer term, and you’d have to ask if greater regionalisation is the way we need to go?”

Keegan believes that the same issue is coming down the tracks in the main GAA codes as well, albeit a lot further down the road and only for some smaller counties, but that in the case of handball, this is a conversation that has to take place very soon.

“You look all across the province of Connacht and not one of the counties would have more than seven or eight active clubs per county at most. In Roscommon, St. Coman’s is busy, Lisacul is doing well, Kilglass is new on the scene and are just playing One Wall, and most of the other clubs would struggle to get the ten members that you need to formally register.

“There’s absolutely no reason that we couldn’t just have one board to serve Connacht, and then instead of six secretaries, you have one, or perhaps two — one for correspondence and registration, another for fixtures, and then free up everyone else to get on with promoting the sport and getting more people playing. We say to people in the county, we’ll do all your fixtures and your admin, your role is to spend your time on the ground, driving the game forward.

“We’re trying to maintain a GAA system, but that system is failing us.”

On the volunteer front, his concerns are different, but also very real.

“A lot of people say they’re worried about young people coming back to play the game, but I’d look at it differently. We’d have a lot of volunteers who have given incredible time to their local handball club, coming down to the court three or four nights a week, and these people have now got in the habit of getting out in the garden, or going for a walk.

“They’ll be able to meet up with more and more people outdoors in the near future all before an indoor sport like ours is able to start back up, and they could very easily say to themselves that they like their life now, they don’t have as many demands on them, and they’d like to keep it that way.

“When it comes to volunteers, handball is a game for life, and that’s our strength but it’s also a weakness. If there’s a good footballer here in Ballaghaderreen, he might play senior up until his early thirties, then possibly stick around for a few more years of junior after that, and then he’ll retire. At that stage, maybe after a year or two away, that’s someone that you’d look at to come back into the club and get involved in coaching or administration, and lots of them do.

“In handball, these people keep playing. I know of one 72-year-old and he’s obsessed with winning an All-Ireland title. That’s fantastic and it’s part of the culture of our sport, but I also know that he’s never been involved in trying to bring more people into the game. If people keep playing like that, you don’t have the same pool of potential volunteers to draw from,” he explained.

With all that in mind, Keegan isn’t about to sit back and simply keep things warm for the next person to take over. He’s overseeing the development of a strategic plan that will plot out the development of the sport up to 2024, and included in that is funding for a lot more facilities to try and bring the sport to a wider audience.

“I’d love to see a situation where a public space — for example it could be somewhere like the grounds of Roscommon Castle, but it could be the green of a big housing estate or something like that either — has a One Wall facility and you see people just rocking up to play the game and knock around with their friends.

“The traditional forms of the game require an indoor court, lights, maybe a referee and all that, but to get started all you need is a ball and a wall, and if more One Wall handball gets people into the game, then that’s great,” he enthused.

GAA handball has obtained funding for 160 One Wall courts to distribute around Ireland and with a strong focus on both underage development and social play in their strategic plan, these courts will encourage increased participation.

Then, at an organised level, Keegan also sees the need for a discussion around change.

“In 1964, the National Handball Manager at the time stated in his report that he saw a need to look at the length of time it takes to play our games. Over 50 years later, we’re still talking about the same thing.

“Imagine if we had tournament games that were limited to 15 or 20 minutes in duration, and we were playing these tournaments in a blitz format. Fiona Tully is a fantastic player, but over three sets up to 21, she’ll struggle to beat a player like Caitriona (Casey) or Martina (McMahon), either of those two would expect to wear her down eventually. But could she get in front and stay there for a quarter of an hour? Yes, absolutely. Think of the excitement that would bring.

“Then we need to look at the national competition structure, where more open events that are run off quickly would be far preferable to the championships now, where it can take 17 or 18 weeks to play off. In a certain county it might be the same people playing each other all the time, and if you’re knocked out early, that’s a long time before you get another competitive game.

“We’ve a great sport here, but there’s always a fear in handball that the minority will kick up if we make any sort of decision. But in my position, I have to have one eye on the future and where we need to go. For me, that includes a lot more development officers, less onerous demands on the volunteers we have and so enticing more to come in, more open events, but, above all, actually having some hard discussions about where we want the sport to go in the future.

In time, people will write and talk about how handball evolved, either for better or worse. But one man from Ballaghaderreen is determined to push evolution to the side, and make sure that handball supporters, not time, are the ones dictating the future of the game they love.