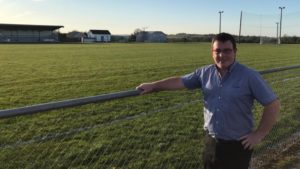 St. Dominic’s GAA Club’s tradition in Scór is often the envy of many clubs throughout Ireland, but the ultimate honour has been bestowed on the Knockcroghery-based club this week.

Thomas Murray, who is also the vice-chairperson of Roscommon County Board, has been appointed by GAA President Larry McCarthy as chairperson of Coiste Náisiúnta Scór.

Murray, who has represented St. Dominic’s in numerous Scór activities and in administration at county, provincial and national level since his late teens, said that his appointment was a “fantastic honour” for his club, county and province.

In an interview with GAA.ie, he thanked Eileen Fallon, Donald Feeley from St. Dominic’s GAA Club, alongside Phonsie Tully “who christened Scór and formed part of the first Coiste Náisiúnta.”

“I also remember some of those who went to their eternal rewards at local level — the likes of Mary O’Connor and Éamon Beatty and indeed Pat Dennehy who gave their lives locally to the promotion of our culture.

“As I look across the province of course I follow the footsteps of great Gaels such as Seosamh Mac Donncha as Contae na Gaillimhe. He did so much to the promotion of our culture and our language,” he explained.

The new chairperson also highlighted the challenges of keeping Scór alive during the pandemic, noting that administrators had to adapt to a new digital way.

“It is my strong opinion that Scór plays a pivotal role in the Association. It is the one element that differentiates us from all other sporting bodies — the commitment to the promotion of our language and our culture,” he said.