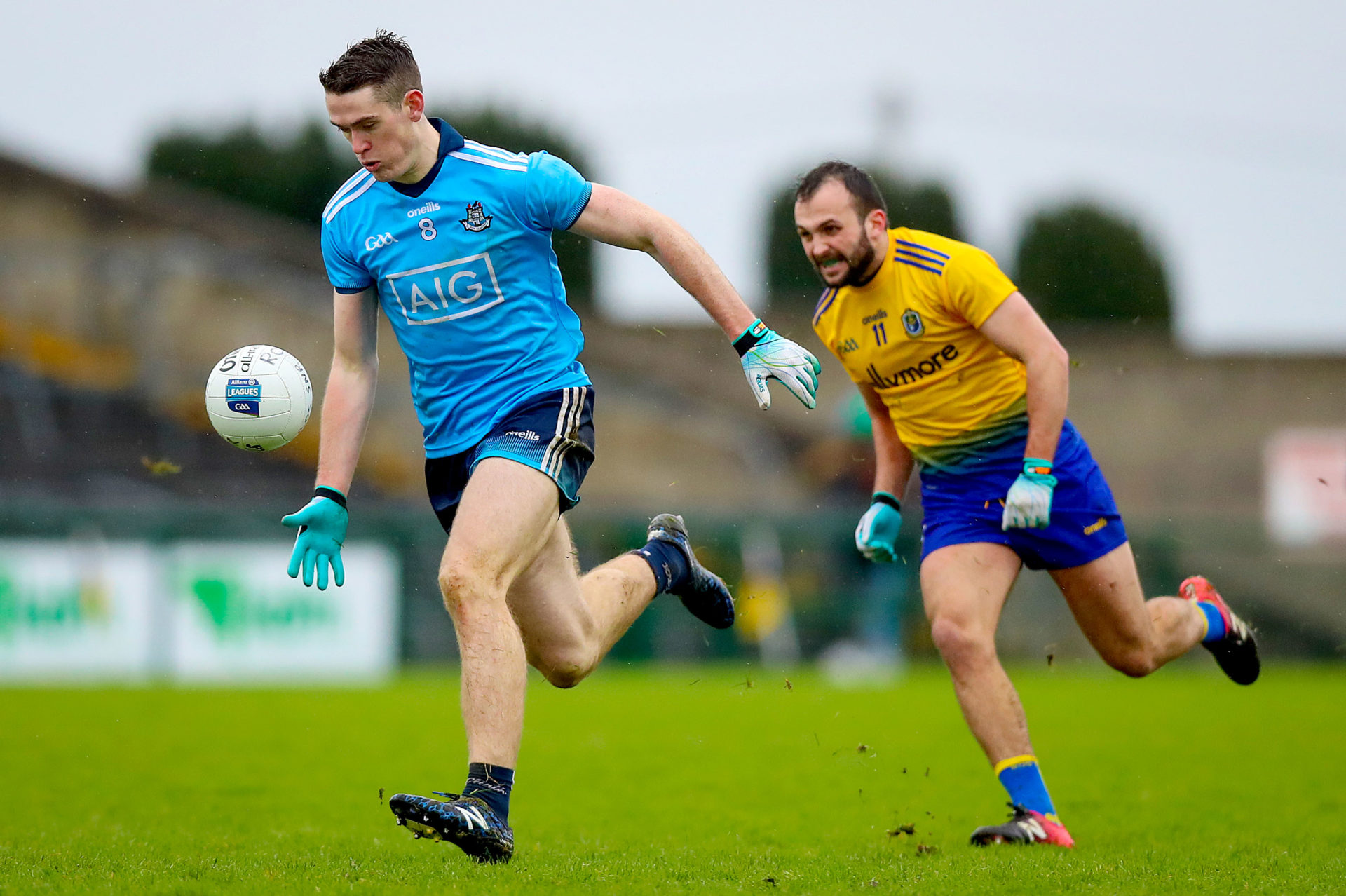 Dublin’s Brian Fenton and Roscommon’s Donal Smith in action during a league game between the counties at Dr. Hyde Park in 2019. Pic: INPHO
INPHO/Tommy Dickson

Roscommon’s opening match in this year’s National Football League Division One campaign against reigning All-Ireland champions Dublin will be shown live on TG4.

The game will be played behind closed doors, but Roscommon fans will be able to watch the game live on the popular Irish language television station from the comfort of their own living rooms.

There will also be other games broadcast on TG4 and Eir over the course of the leagues, starting with hurling league action on May 8th and 9th.

Live TV for first foot-hurl weekend will be: