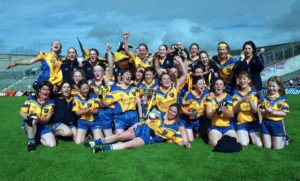 A former All-Ireland winner with the Roscommon junior ladies’ football team is part of a new GAA steering group, which will lead to the publication of the Association’s strategic plan for 2021-2026 this autumn.

Elish Kelly, a former player with Pádraig Pearses, was part of the Roscommon panel that claimed All-Ireland junior honours in Croke Park 20 years ago when PJ Rabbitte’s all-conquering side emphatically saw off Kildare in the national decider at Croke Park.

She subsequently turned her attention to cross-country running and represented Ireland at a number of major cross-country championships abroad.

In 2018, she travelled to a running nursery in Iten, Kenya, where she stayed with Br Colm O’Connell, a Cork missionary who transformed the locality into a sanctuary for athletics. She subsequently embarked on a 15-hour fundraising cycle for junior athletes in the area during the Covid pandemic last year.

A senior researcher with the ESRI (Economic and Social Research Institute), Dr Kelly has been responsible for several key reports into sports behavioural patterns, including a major study on the GAA which was released last year.

“The proposed strategic plan covering up to 2026 will enable us to put the GAA on that road and every unit of the Association will have an opportunity to have their voice heard. I’d encourage all of our volunteers, members and players to take this opportunity to play a part in shaping our future together,” said GAA President Larry McCarthy.

An opportunity for public consultation and for club members to have an input into shaping the GAA’s focus from 2021 until late 2026 will happen during the summer. 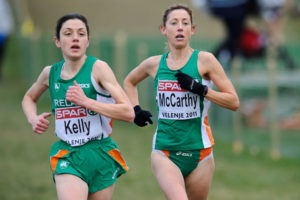