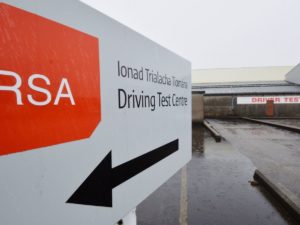 Theory tests centres should be re-opened immediately due to the long-term economic impact on the country as a result of the delay in licences being approved, according to Fianna Fáil Senator Aidan Davitt.

Under current level 5 restrictions the Driver Theory Test Service (DTTS) was not deemed an essential service by the Government and is therefore suspended. Currently, the DTTS has over 105,000 candidates waiting to undertake their theory test.

Of those 105,000, there are 1,422 candidates on the waiting list in Castlerea. The corresponding figures for Carrick-on-Shannon and Athlone are 1,323 and 2,467 respectively.

“Delays after delays will hinder economic recovery, the closure of theory tests centres has impacted massively on young drivers and their quality of life, hindering them for starting a job due to lack of transport options. This is especially the case in rural areas with no public transport options. Theory test centres should open seven days a week for 12 hour shifts to help clear the backlog,” commented Senator Davitt.