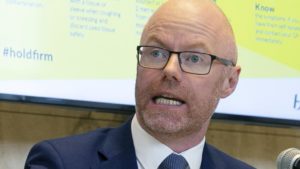 Minister for Health Stephen Donnelly has raised the possibility of people in their 40s being vaccinated at the same time as those in their 50s.

The Minister confirmed that analysis was being carried out to see if both cohorts could be done in parallel in several weeks’ time.

Speaking on RTÉ’s Today with Claire Byrne, Mr Donnelly said that the opening of the vaccination portal for those aged 50-59 next week was a “really positive thing.”

While he said not enough Johnson and Johnson vaccines are available for those in their fifties right now, he added that there will be “plenty of vaccines” in the coming weeks.

The vast majority of the Johnson and Johnson vaccines, which are earmarked for those aged 50 or over, are not due to arrive in Ireland until June.