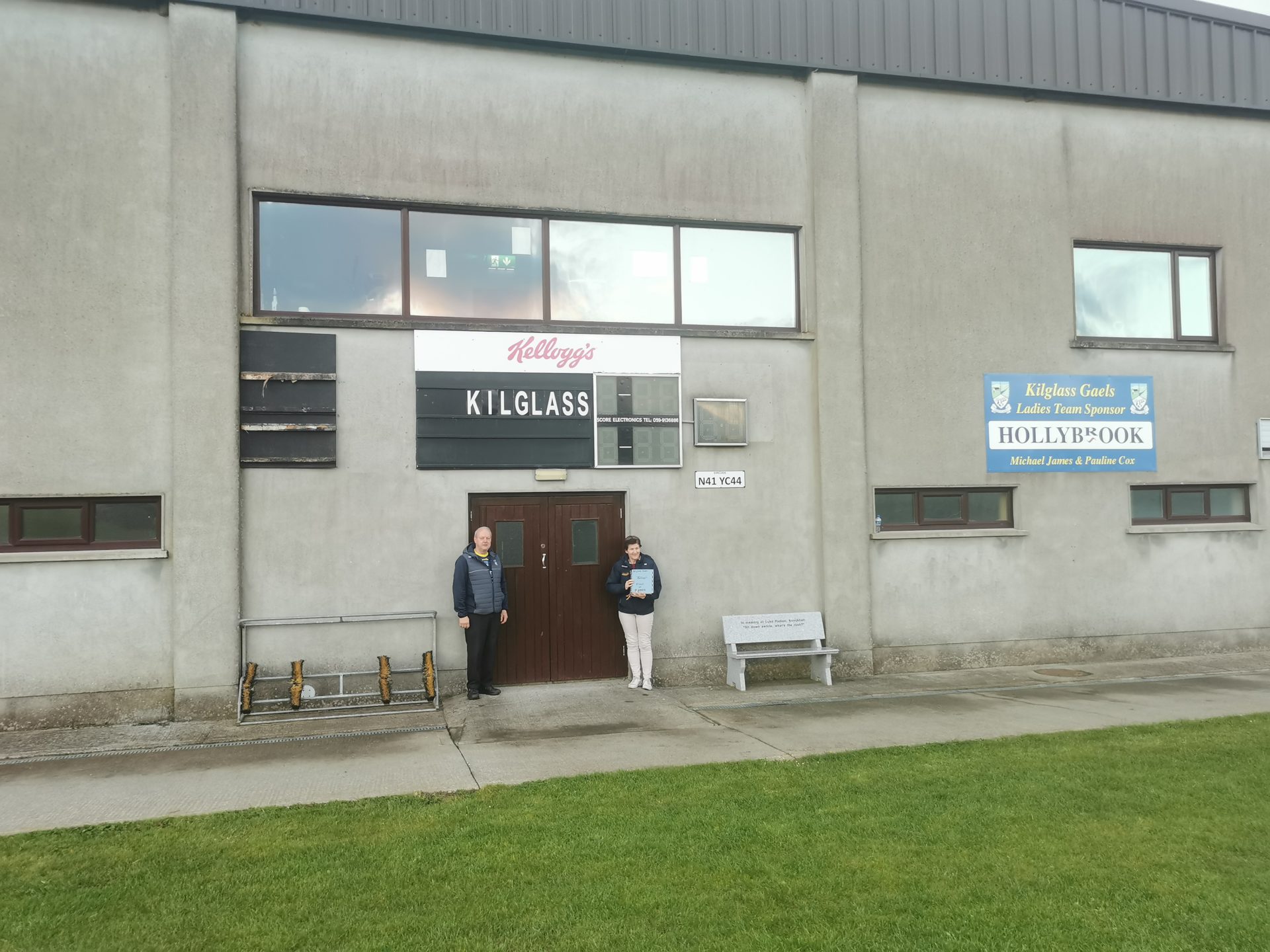 It won’t be long before a dressing room near you will once again be playing all the classics of an Irish summer.

“When that ball is there to be won, are you going to be found wanting?”

“Will you leave everything out there on the field for this club?”

“Will you put your body on the line for the man beside you, because he’d do the same for you?”

Truly these are the greatest hits, as recorded, covered and re-imagined by any number of coaches, managers and players all across the country. Hurling, football, junior B or senior championship, these phrases have been aired in every possible setting.

Slightly less well known, but a huge success in one small corner of northeast Roscommon, is the rather unusual “Will you sell and eat corn flakes for this club?” It’s yet to be proven if the much-loved breakfast cereal has ever been the difference between winning and losing a game, but for Kilglass Gaels, it’s the reason that when they do get back to playing very soon, they’ll have one of the finest playing surfaces you could hope for underneath their feet.

Located just outside the village of Roosky, on the Roscommon-Leitrim border, Kilglass Gaels is a small club by any measure. Their intermediate championship success of 1999 stands out as the high point in the club’s on-field history, but after two years of senior football they were relegated, and have spent their time since in between the intermediate and junior ranks in the county. At underage level they play with neighbouring St. Barry’s in order to field teams, with demographic pressures a factor at every possible age level.

In terms of facilities however, they can stand proudly alongside some of the biggest clubs in the county. Their clubhouse is a large building incorporating a kitchen, gym and other facilities, having been built not long after the turn of the millennium at a cost of over a million euro, with a small five-figure debt all that remains to be paid.

The jewel in their crown however is a pristine playing surface, and the club is doubly proud of it because of the remarkable journey that was taken to bring it about.

Noreen Corcoran, who received the GAA President’s award in 2019 for her lifelong service to the club, remembers how she first noticed the Kellogg’s ’Field of Dreams’ competition at her kitchen table.

“I was having my breakfast one morning and this competition on the back of the cereal box caught my eye. I read through it and thought we might be able to do that!

“I was passing here (the clubhouse), there was a club meeting that I wasn’t able to attend but I popped in when the meeting was over, Aidan (Tully, club chairman) and a couple of others were just wrapping things up, and I just said I’d run it by them.

“They said fire ahead, and so it started”.

The competition began at a provincial level, with votes accumulated through emails, tokens on Kellogg’s Corn Flakes boxes, and texts. Long before bitcoin servers were a thing that people in rural Ireland had heard of, home computers all across the parish got into a rhythm of firing in votes by email, and soon Kilglass Gaels were crowned provincial winners.

That was when things really started to kick off.

“Myself and my wife were down in Waterford, and PJ (Noreen’s husband) rang me, he said that he was after picking up some boxes,” recalls Aidan Tully.

“He said to me ‘if you’re down there, pick up the ones with the coupons on them’ and I said I will of course. Danesfort in Kilkenny were involved as well and we were coming back through Kilkenny and we stopped off in a supermarket on the way back.

“We picked up about 40 boxes, and the girl at the checkout asked what were we doing with all the corn flakes, but I knew that there was a local club involved so I said we were going to have a beach party and scatter the cornflakes all around for the craic!”

None of the corn flakes made it to the shores of Kilglass Lake, the picturesque landmark that you drive past just before coming to the club from the Roscommon side. Instead, they got sold to neighbours, and soon this became the thing to do all around the parish.

“We had a shop at home, and we got a full artic load of boxes, you couldn’t move in the house for all the corn flakes, and we thought we’d never get rid of those,” said Aidan.

“But then, they were gone in a few weeks and we had to get a second artic load!”

It wasn’t long before they realised that while local club members were performing wonders as amateur cereal retailers, they were going to have to step it up to full professionalism if they were to achieve their target.

“Each club got assigned a mentor, and Marty Morrissey was our mentor” recalls Noreen.

“He rang me up one morning and he said ‘Noreen, what’s going on, there’s a rugby team ahead of us!’

“We looked into it and we saw that Danesfort were ahead of us and Inishowen Rugby Club were going well as well, and my daughter said to me that there’s nothing for it, we’re going have to start selling corn flakes door to door. We decided that’s probably not a bad idea, to sell them at shows and that type of thing, so that’s what we started doing.

“The entire community came together, we had teams that went in different directions, door to door, selling corn flakes. And it was very simple, one euro or two euro a box depending on the size, but the important thing was that we had to get the coupons off the box!

Aidan Tully was at the heart of the operation, as one might expect of a man who worked in local retail, and he soon clocked up the miles bringing corn flakes all over the north west.

“PJ went off and got maps done out, marked them out and highlighted all the roads and marked out who was to cover each road and no-one would be doubling up on territory.

“It got to the point where we didn’t want to take the chance on sending the coupons by post, so another stalwart of the club here, Seamus Nugent, used to gather all the coupons from around the parish each week and drive up to Dublin to deliver them by hand.

It all culminated in a remarkable night in September of 2010, when all four participating clubs travelled to Dublin, and it was announced that Kilglass Gaels had secured the top prize, which was a complete pitch renovation worth €100,000.

“We all travelled up to Dublin, but there was only a limited number of people were allowed go from each club. The clubhouse here was packed with everyone else waiting for the announcement, and once we got the news and we rang home to confirm, it was mayhem!” said Noreen.

“Everybody got involved as the thing grew legs, even people that had nothing to do with the GAA, and by the time the announcement came through, people were so invested in it. As we drove home there were bonfires from Longford all the way into Roosky!”

Had the club won an All-Ireland, they would have done well to match the celebrations that went on over the next month, but more importantly, while trophies get handed back after a year, the pitch in Kilglass remains as a wonderful legacy for the club’s effort.

“We didn’t get the money, Kellogg’s gave the contract to SIS pitches. It involved us as club doing additional work as well, putting up railings and concrete paths to finish the whole thing properly. Their role was to do the field” said Noreen.

“But it’s not a job that our club would ever have been able to do, the amount of drainage that as involved was incredible. There were so many wet spots out there, it was a mess really.

“Now it’s fantastic, and it means our teams can play and train all year round, and it was a wonderful thing for the community too. Everybody that played their part, even if it was just buying a few boxes off us, can see what they helped to create”.

Running through walls for your club is one thing – but here in Kilglass, they’ll tell you that there are plenty of other ways to serve the cause. Like eating corn flakes. 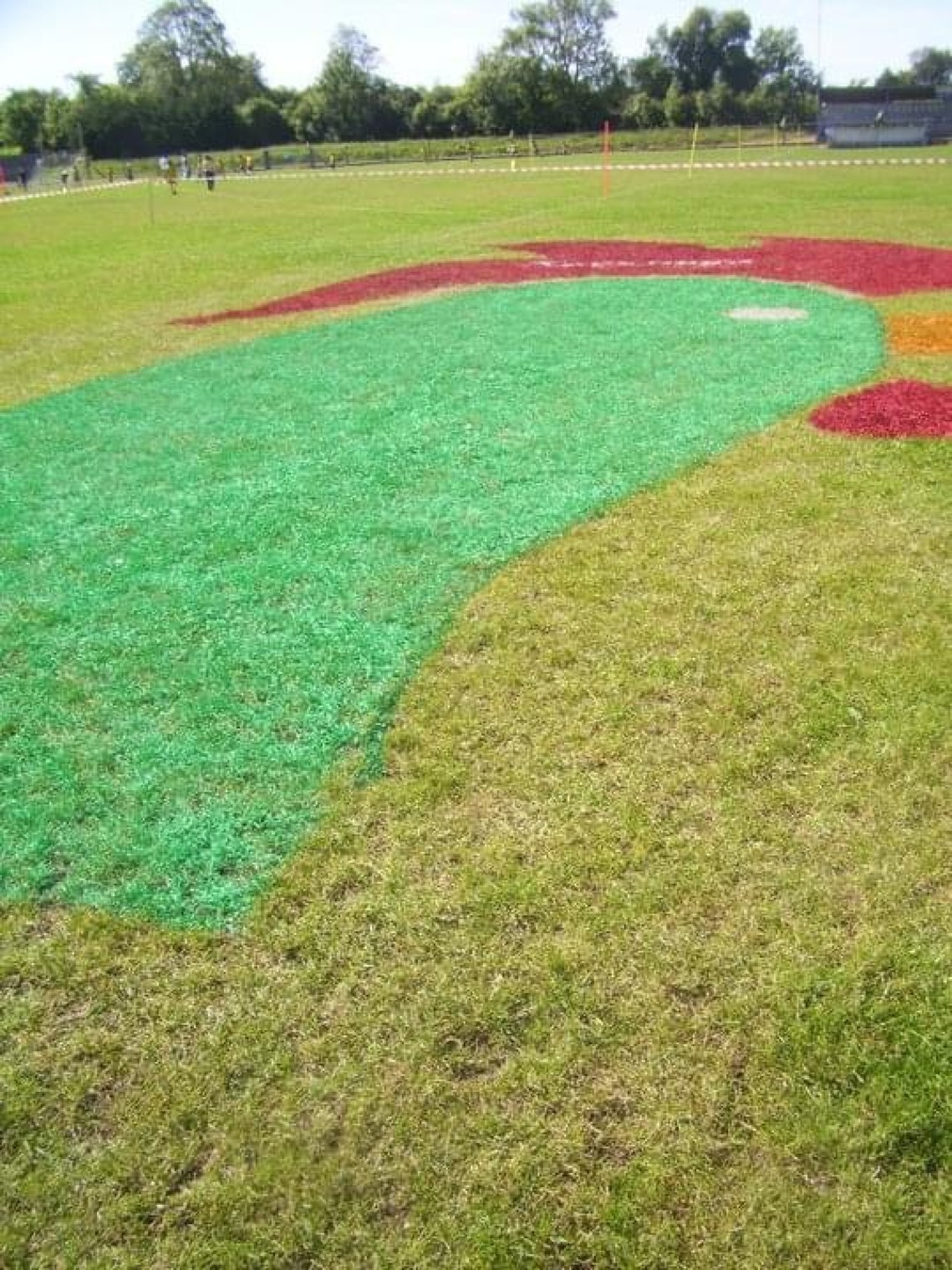