Minimum pricing for alcohol to be enforced from January 2022 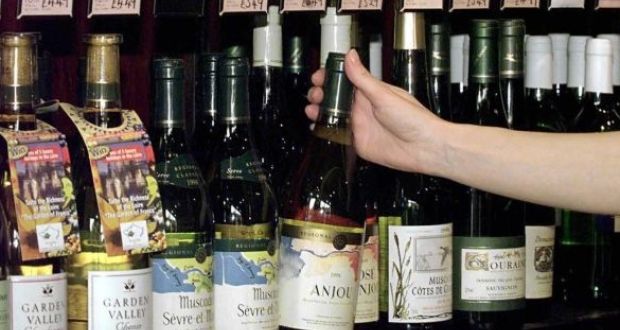 Minimum pricing for alcohol will be brought in from January 2022 under proposals signed off on by Cabinet today. File Photograph: PA.

Minimum pricing for alcohol will be brought in from January 2022 under proposals signed off on by Cabinet today, the Irish Times has reported.

Minister of State at the Department of Health, Frank Feighan said it’s a “targeted public health measure” that will mean alcohol is not available at “‘pocket-money’ prices”.

Successive Governments have sought to crackdown on cheap alcohol as a public health measure.

There has been resistance to minimum unit pricing (MUP) from the drinks industry, retailers and some TDs who feared people will cross the border to buy drink.

The intention had always been to bring in the measure at the same time as Northern Ireland.

However, efforts to introduce MUP in the North won’t begin until mid-way through 2022 at the earliest and ministers here have decided to proceed from January.

Reports has suggested that the measure would be brought in within weeks, or in September. Ministers on Tuesday decided upon January for the introduction of the measure.

Sources suggested this date was decided upon to avoid the “unintended consequences” of the gap between the measure being introduced here and in the North as as well as a “compromise” to allay the concerns of business and border TDs. Under the plan there is to be a minimum price of 10 cent per gram.

The cheapest bottle of wine would cost €7.75 where previously it could cost under €5.

Mr Feighan said on Tuesday evening: “MUP is a targeted health measure which will ensure that cheap strong alcohol is not available to our most vulnerable people, children and young people at ‘pocket-money’ prices.”

He said data from the Health Research Board shows alcohol related mortality each year from 2008 to 2017 as more than 1,000 of our citizens.

Mr Feighan added: “A 2018 analysis of data from the ‘Global Burden of Disease Study’ has put the figure at 2,700 deaths. The time for action to begin to address this problem is now.”

He also said: We know from our modelling and from the evidence from Scotland [where MUP was previously introduced] that MUP impacts on the most high risk drinkers.

“So if we can lower the levels of cheap strong alcohol purchased, we can reduce the burden of the disease.”

Minimum pricing legislation was approved in 2018 but was not implemented as the last administration intended to introduce it at the same time as Northern Ireland.

However, Stormont has indicated it will not be proceeding in the near future and Minister for Health Stephen Donnelly brought a memo on the issue to Cabinet today.

There has been significant lobbying against the move, with Drinks Industry Ireland warning that prices in the State could be twice those in the North.