Plenty of changes to Roscommon line-up for Kerry showdown 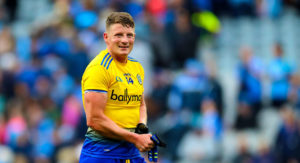 Conor Cox will face his former county on Sunday.

Padraig Pearses duo Conor and Ronan Daly will make their first starts of the season for Roscommon against Kerry in Dr. Hyde Park on Sunday. Manager Anthony Cunningham has also picked Conor Cox in the starting 15 against his former county.

Overall, there are seven changes to the team that were due to start last Sunday’s loss against Galway in Salthill.

Conor Hussey also comes into defence, while Niall Kilroy, Diarmuid Murtagh and Cox are selected in the forward line. Shane Killoran is named at wing-forward, while captain Enda Smith will partner Tadhg O’Rourke in the middle of the field.