It was hard to figure out what had just happened 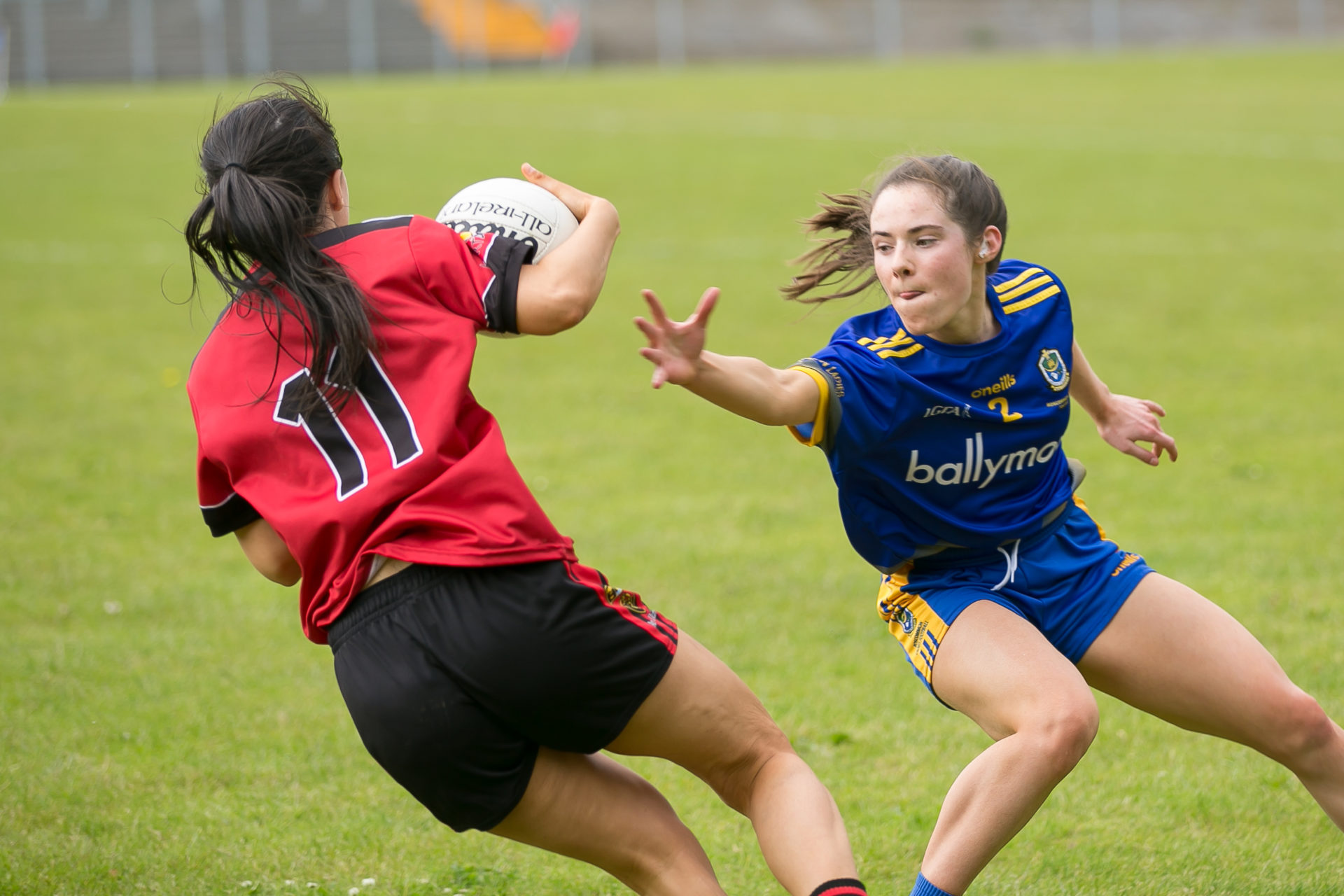 Roisín Wynne in action for Roscommon against Down in Kiltoom. Picture: Michelle Hughes-Walsh

Roscommon intermediate ladies’ football manager Diane O’Hora has praised her side for maintaining their composure and discipline, despite conceding a bizarre goal against Down during Sunday’s Division Three League game in Kiltoom.

The “Blue and Primrose” made it two wins from two, thanks to a 5-15 to 3-12 victory against the Mourne ladies’, but the game will be remembered for one of the strangest goals ever seen at any venue around the county.

Referee Ciarán Groome had blown his whistle for the teams to come back out onto the field after the first-half water break. When Roscommon didn’t return with the urgency he desired, the Offaly official allowed Down to resume play unopposed, allowing Natasha Ferris score the easiest goal she’ll ever score.

“You’d have to be really proud of them for holding themselves in the responsible fashion they did. It was hard to figure out what had just happened, I had never seen it before. Maybe this will be the start of a trend,” quipped O’Hora.

“Sometimes you have to say to your team if you’re not ten points better than the opposition, then you may as well throw your hat at it. We’re in Division Three and at this level you just don’t know what, in terms of officiating, you might get.

“You have to hand it to the players — they really held themselves well, because it was so unpredictable what way decisions were going to go,” she remarked.

Roscommon play Sligo on Sunday next to see who finishes top of the group. Both teams have qualified for the Division Three semi-finals, regardless of this weekend’s result.

Watch the bizarre goal below…

Here is something I’ve never seen before…. and yes I know the rules. pic.twitter.com/rXV7Z7yGSA