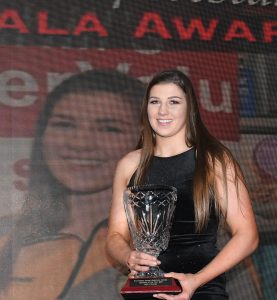 Aoife O’Rourke will put her Olympic dream on the line this afternoon when she fights in the last 16 on the first day of action at the European Olympic qualifiers in Paris.

The European middleweight champion will be the first Irish boxer into the ring in this afternoon’s session, which gets underway at 1 p.m. (Irish time).

The Castlerea boxer faces Belarussian Viktoryia Kebikava, who she beat at the 2019 European Games, which were staged in the latter’s home country.

O’Rourke needs to win two fights, and reach the last four, at the qualifiers to book her place on the Team Ireland plane to Tokyo.