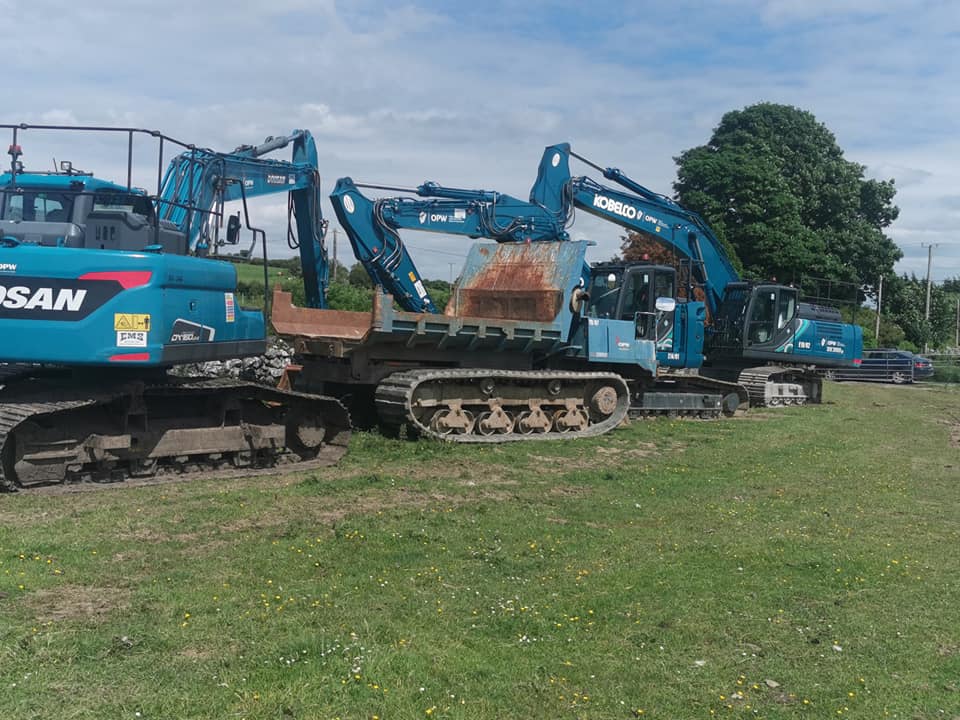 Works have begun on the overflow pipe to take excess water from Lough Funshinagh to the Shannon. Machinery arrived at the site today and yesterday and work is underway. The work is expected to take six months.

Cllr Laurence Fallon, who is a resident of the flood devastated village of Ballagh, said today was a “super day for South Roscommon”.

“It is a day that has brought hope to the entire village of Ballagh which was threatened with destruction. The level of the lake is 42 inches higher than this time last year,” he said. “This was a crisis that had become a matter of life and death.”

The commencement of the works for the 3.9 km pipe to the Shannon, in the direction of the ford in Kiltoom, was also a great day for the local environment, Cllr Fallon added.

“There is no doubt five years of high water levels had devastated the flora and fauna. This pipe will restore the lake to its normal level,” he said. “Today was the target date for the works to start and there has been no greater day in my entire time on the council. It is five years and 130 days since the first sandbags went up in Ballagh.”

Cllr Fallon thanked the council, the OPW and its minister and the community for their support.

He said that farms that the pipe crosses will be restored and will suffer no loss.

“I would also stress to people at the other end of the pipe who might be concerned, the capacity of the River Shannon will not be affected. There will be a sluice gate controlling the amount of water leaving the lake and this will be continually monitored,” he said.

The council has also informed people that road closures will take place at the L7621 Srahauns, Carrownure & Carrick Townlands, on various dates between 8th June 2021 to 30th September 2021 to facilitate emergency works.