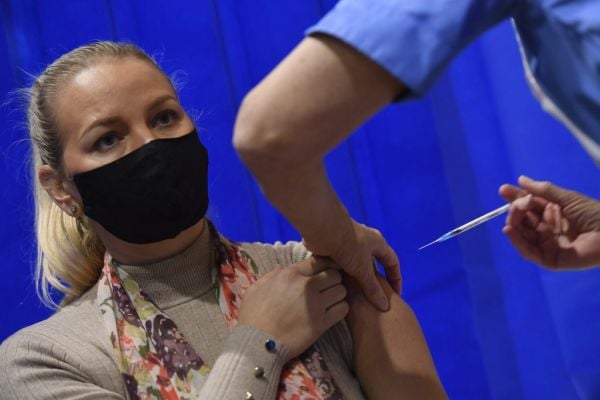 Those aged 30-39 will be asked to register for their Covid-19 vaccination next week, despite supply shortages which have continued to hamper the programme, it is expected.

Ministers were updated on the vaccination progress at Wednesday’s Cabinet meeting, and were told that pharmacies will soon begin to assist the programme by administering the Johnson & Johnson (J&J) vaccine, and also offering the Pfizer shot in communities that are far away from the nearest vaccination centre.

Around 30,000 pregnant women (between 14 and 36 weeks) are being offered vaccinations, with 5,200 administered so far this week, according to official figures.

Groups described as “socially vulnerable”, such as Travellers and Roma communities, are also being offered the jab via GPs or vaccination centres, while the vaccines are also now being offered in prisons.

But the programme is not yet hitting the sort of numbers – up to 400,000 per week – that Ministers and officials had hoped for last month, though sources told The Irish Times they hope to reach those levels in the second half of June.

Ministers were also briefed that the HSE has implemented a revised plan, following advice from the National Immunisation Advisory Council (Niac), to reduce the interval between AstraZeneca doses from 16 to 12 weeks. Officials said it is now updating that to further reduce the gap from 12 to 8 weeks, following updated Niac recommendations.

There are about 420,000 AstraZeneca second doses due to be administered between mid-June and early August, officials said. Reducing will bring the schedule forward by three-four weeks, it is hoped.