Euro 2020: Sterling fires England to victory over Croatia at Wembley 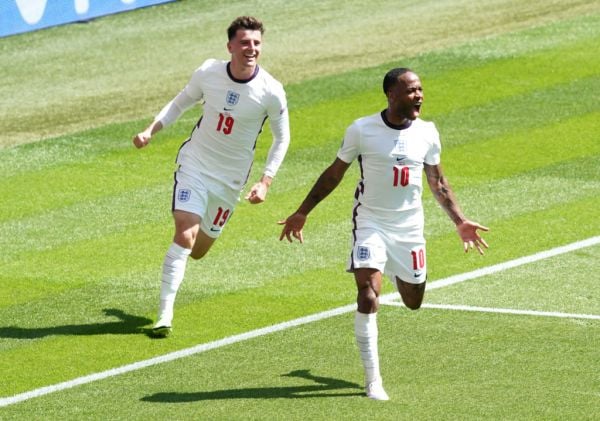 Three years on from their heartbreaking extra-time loss at the Luzhniki, England exacted some sort of revenge by triumphing in the Group D opener at a pulsating, partially filled Wembley.

Sterling’s goal secured a 1-0 win against Croatia on a sweltering Sunday afternoon.

A smattering of jeers when players took the knee before kick-off made way for a start as lively as the socially distanced crowd at the first major men’s international tournament match on home soil since Euro 96.

England shone during the opening 20 minutes, only for Croatia to settle and take the sting out of a sharp attack that continued to underwhelm early in second half.

England had never previously won their opening game at a European Championship and, just as fans began to worry that run might continue, a moment of incision cut the visitors’ backline open.

The impressive Kalvin Phillips cut inside and smartly put through Sterling to smash home his first tournament goal.

It proved the winner at the end of a week to remember for the 26-year-old, who was made an MBE for his work for services to racial equality in sport in the 2021 Queen’s Birthday Honours.

Sterling continued that fight by taking the knee before kick-off alongside his team-mates, with some ignoring pleas to respect players by booing the gesture before applause and cheers drowned the minority out.